Can Your Cryptocurrency Be Seized By The Authorities After A Criminal Conviction? 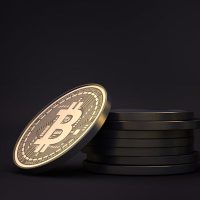 One of the most frequently-repeated benefits of Bitcoin and cryptocurrency in general is that it’s untraceable. The logic is that this makes crypto “independent” from the rest of the financial system, allowing people to transfer funds and accumulate assets without oversight or interference from the federal government. But as we have seen on many occasions, the authorities have seized millions – or even billions – of cryptocurrencies as part of criminal prosecutions in the past. This is definitely something to keep in mind if you’re under the false assumption that putting your money into crypto will somehow protect it from being seized.

On November 7th, the Department of Justice announced a record-breaking seizure of $3.36 billion in cryptocurrency. The funds were seized in connection with a criminal case involving fraud on the Dark Web and Silk Road. The defendant pleaded guilty to wire fraud in 2012, which involved him unlawfully obtaining 50,000 Bitcoin from the Silk Road marketplace on the Dark Web.

This poses an interesting question: Are crimes prosecuted based on the value of stolen property when the crime occurred, or are they prosecuted based on their current value? According to the Department of Justice Archives, 18 U.S.C. § 2314, United States v. McMahan, 548 F.2d 712 (7th Cir. 1977) makes it clear that “The value may be determined at the time of theft or its transportation.” The only way a criminal can face additional consequences for stolen property that increases in value is if they actively do something that alters the property in a way that makes it more valuable. Simply leaving Bitcoin in a digital wallet is not an active form of improving value.

The suspect who had his Bitcoin seized pleaded guilty to one count of wire fraud, which carries a maximum sentence of 20 years in prison. However, he is unlikely to face the full sentence because he has been extremely cooperative with the authorities – handing over all of his various cryptocurrency assets.

If you’ve been searching for a qualified, experienced New York criminal defense attorney, look no further than Phillip J. Murphy, Attorney at Law. Having your assets seized is only one potential consequence that you might face after engaging in fraud or any other type of crime. You also need to fight against the possibility of incarceration. Book your consultation today, and we can assess your unique situation before recommending the best course of legal action. With our assistance, you can fight for your rights with an effective defense strategy. Reach out now.