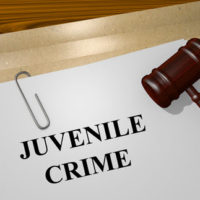 On April 24th, the New Jersey Supreme Court ruled that juveniles can no longer be placed on the state’s sex offender registry for life. The Court found that his mandate under Megan’s law violates juveniles’ due process rights under the state constitution.

This will inevitably affect thousands of people in New Jersey, who have been suffering from a lifetime branding even after rehabilitation and posing no risk to society.

Megan’s law was enacted in 1994 and created the sex offender registry. It was then expanded in 2002 to include the lifetime registry requirement under the presumption that such juveniles “will forever pose a danger to society.” It originated as a federal law, and then influenced individual state laws, requiring law enforcement authorities to make information available to the public regarding registered sex offenders. It also required authorities to notify residents when dangerous offenders moved in nearby, mandated that compulsive, repeat offenders register with local police, increased the penalties for certain sex crimes, required the Department of Corrections to supervise sex offenders released from prison, and mandated that sex offenders provide blood samples in order to create a sex crime database for future investigations.

Many argue that the law imposed onerous requirements, especially for juveniles convicted as youths, who have shown to have very little chance of re-offending. They also challenged the community notification policies as inflicting cruel and unusual punishment and violating privacy rights.

In the case, the Court decided that branding juveniles as irredeemable violated their due process rights–affecting their ability to move on with their lives, obtain jobs as adults, etc.–and ordered that those placed on the registry be able to apply to be removed after 15 years (after also passing a safety test and a judge holding a hearing to determine whether the defendant had been offense-free and unlikely to pose a societal risk).

Specifically, someone who was convicted of a sex crime before their 18th birthday and who had not committed a new sex offense for 15 years can be removed from the registry. This is because, as stated in the unanimous opinion, the “emotional, mental, and judgmental capacities [of juveniles] are still developing and… their immaturity makes them more susceptible to act impulsively and rash without consideration of the long-term consequences of their conduct.” The justices also pointed out that juveniles adjudicated of committing sex offenses that have been offense-free for many years and assessed as not likely to reoffend pose little risk to the public. In fact, mandating lifetime registration requirements may actually impede their rehabilitative efforts and their ability to become healthy, integrated, contributing members of society.

If you are suffering due to a sex offense that remains on your record as a juvenile, contact our experienced New York criminal defense attorneys at the office of Phillip J. Murphy today to find out how we can help.