What Is The Penalty For Forced Labor In New York? 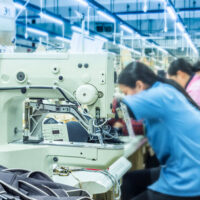 Slavery is a thing of the past… or is it? In the United States, it is illegal to force someone to work against their will. However, this still actually occurs in New York. Sometimes, defendants commit this crime without fully realizing it. Sometimes, they may think it is acceptable to force people to work, perhaps if the job involves some kind of altruistic endeavor. It’s important to understand that this is always illegal, and you may face significant penalties if you engage in forced labor.

If you are facing charges related to these crimes, you need to get in touch with a qualified, experienced criminal defense attorney as soon as possible. These kinds of crimes are taken quite seriously by the state of New York, and you may face years in prison and significant fines. A qualified criminal defense attorney can mitigate many of these potential consequences and help you fight for your rights in an effective manner.

Forced labor is often prosecuted under New York’s laws against labor trafficking. This is essentially another word for slavery. You are guilty of labor trafficking if you force another person to work. You can be found guilty of this crime whether you use physical force, coercion, or fraud. It doesn’t matter whether you pay them or not, as you will still be charged with this crime. You can also face these charges if you force someone to do “work” that is illegal, such as property damage. In addition, the definition of “work” can be expanded to testifying in court.

On October 27th, it was reported that eight defendants had been charged with creating a forced labor conspiracy that spanned multiple states, including New York. From the year 2000 to 2012, these individuals had been running an organization called the United Nation of Islam. This organization forced multiple minors to work against their will in multiple states.

Over the course of this period, minors were coerced into performing physically-demanding jobs at various businesses across the United States that were owned by the United Nation of Islam. The defendants separated victims from family members, withheld food, housed them in crowded living conditions, psychologically manipulated them, degraded them, and isolated them from each other. The defendants are also accused of physically and verbally abusing these minors. Finally, many of these victims lost educational opportunities due to their involvement with the organization and their preoccupation with this forced labor.

As a result of these crimes, the defendants face up to 20 years in federal prison and $250,000 in fines for forced labor. They also face separate charges for conspiracy to commit forced labor, and this separate charge involves a prison sentence of up to five years and another fine of up to $250,000.

Don’t hesitate to contact New York criminal attorney Phillip J. Murphy if you are facing criminal charges. Over the years, we have helped numerous defendants fight charges in an effective, confident manner. Forced labor may be a serious crime in New York, but there’s no sense in simply giving up. With our help, you can mitigate legal consequences and avoid unnecessarily harsh penalties. Book your consultation today.