What Is The Penalty For “Spoofing” In New Jersey? 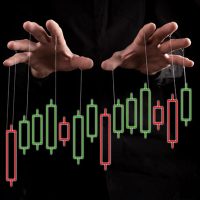 The investment world is filled with all kinds of tricks – some of which are more legal than others. As an investor, it is very important that you understand which methods are legal, and which methods are illegal. Spoofing is an example of an illegal practice that can easily land you behind bars, and you must be very careful as an investor if you are considering this practice. As we have seen, individuals can easily face considerable prison sentences for spoofing in New Jersey. But what exactly is spoofing, and what kind of penalties might you face for engaging in this behavior?

In the trading world, spoofing refers to a fraudulent practice that disrupts the algorithm by placing offers to buy certain futures before canceling these offers before the deals can be finalized. The goal is to push the market in a particular direction without actually putting any of your own money at risk. In many cases, this strategy can change the price of a security even if no value has been traded. Spoofing is considered a form of market manipulation by the authorities, and it is therefore illegal.

Spoofing only became viable with the advent of high-frequency trading, as this technology allows traders to execute large orders within a very short period of time. Spoofing is specifically mentioned under the 2010 Dodd-Frank Act as an example of market manipulation, and the US Commodity Future Trading Commission keeps a watchful eye for this type of behavior. Despite this, some of the most prominent financial organizations in the world are believed to engage in spoofing on a regular basis. Some even believe that spoofing was one of the main triggers of the 2010 “Flash Crash.”

What Happens if You Engage in Spoofing?

On December 9th, it was reported that a New Jersey man had been convicted of fraud because of his involvement in a spoofing scheme. Between 2008 and 2010, this individual placed thousands of spoof orders for precious metals, pushing prices in a favorable direction to make his trades more lucrative. This individual now faces a maximum penalty of 30 years in prison. This also shows how traders can be held accountable for actions that they took more than a decade ago. This individual is the latest of 5 JPMorgan traders who were convicted in similar cases, and JPMorgan admitted in 2020 that it engaged in wire fraud related to precious metals futures contracts.

Where Can You Find a Qualified Defense Attorney in New Jersey?

If you’ve been searching for a qualified, experienced New Jersey criminal defense attorney, look no further than Phillip J. Murphy, Attorney at Law. Over the years, we have helped numerous defendants – including those charged with various investment crimes and white collar crimes. We know that facing these allegations can feel incredibly daunting – but you’re not in this fight alone. With our help, you can fight for your rights effectively. Book your consultation today to get started with a solid defense strategy.