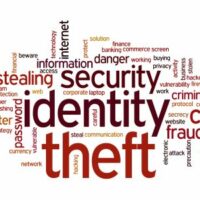 The answer to the latter question is simple: get in touch with a qualified, experienced criminal defense attorney as soon as possible. The sooner you connect with one of these legal professionals, the sooner you can start to fight for your rights in an effective manner. A qualified defense attorney can help you employ a variety of proven strategies to mitigate legal consequences, including incarceration and fines.

What is Aggravated Identity Theft?

An Example of Aggravated Identity Theft

On January 5th, it was reported that an Italian citizen had been charged with aggravated identity theft in New York after impersonating publishing industry individuals. This defendant used his false identities to fraudulently obtain hundreds of valuable manuscripts from notable writers, including a Pulitzer prize winner. Essentially, he was stealing these unpublished books by posing as an agent, a literary scout, and in some cases entire publishing houses.

This individual had experience within the publishing industry, and he was living in London at the time of his crimes. It is unclear whether or not this individual actually gained anything from his actions, but pirated books and leaked first drafts are a major issue within the publishing industry. These illegal copies can be distributed for a profit, and they can also compromise an author’s ability to obtain film & television rights.

For help from a skilled New York criminal defense attorney, look no further than Phillip J. Murphy. Over the years, we have helped a variety of defendants fight for their rights, and we can employ a range of effective defense strategies on your behalf. Book your consultation today, and we can discuss your legal options and develop an action plan together.