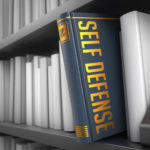 The trial of Amber Guyger–the police officer who shot and killed an innocent man (Botham Jean) after mistakenly entering his apartment, thinking it was her own and that he was an intruder–has garnered national headlines in October. While there have been a number of ‘stand your ground’- (or self-defense) related homicide trials around the… Read More »

On January 17th, the Argus Leader featured an interesting story on one man who now faces more than decade in prison for what some would label self-defense. In this particular case, two men involved were engaged in a fight in a public parking lot, when one of the men allegedly reached into his truck… Read More »

The Use of Force and Self-Protection

Soon, thousands of people across the country will become the involuntary subject of a dangerous encounter. Some victims are unfortunately in the wrong place at the wrong time while others are victims of pre-planned attacks such as home invasions, robberies, and kidnappings. Being able to protect yourself is sometimes the difference between life and… Read More »