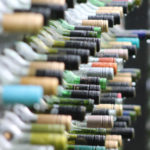 New Jersey’s liquor laws have long been the source of much confusion: While one law limits towns to one liquor license per 3,000 people, another limits markets and other companies to two retail licenses only. While some towns often have their own regulations regarding whether or not liquor can be sold on Sundays, others… Read More »