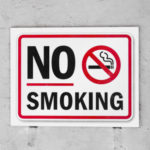 On March 21st, a bill making it illegal to smoke while walking in New York City was introduced into the New York legislature. While smoking is already banned in a number of public spaces in New York City, the proposed legislation would impose a $50 fine on anyone caught smoking and walking on city… Read More »