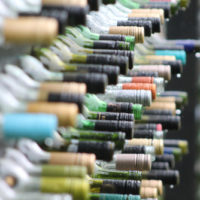 New Jersey’s liquor laws have long been the source of much confusion: While one law limits towns to one liquor license per 3,000 people, another limits markets and other companies to two retail licenses only. While some towns often have their own regulations regarding whether or not liquor can be sold on Sundays, others say it cannot be sold after a certain time every day. While one state law indicates that you cannot buy beer at convenience stores at all, another says that supermarkets can sell unrefrigerated beer. And a state assembly just held a hearing on new legislation that would create yet another type of license which would allow restaurants with no bar to serve beer and wine.

In sum, it can be difficult figuring out how to make sure you are complying with liquor laws in the state of New Jersey.

The Division of Alcoholic Beverage Control is the agency charged with regulating alcoholic beverage commerce within New Jersey, as established under its Alcoholic Beverage Control Law, and overseen by the state Attorney General. There are 29 distinct liquor licenses granted to manufacturers, public warehousing, retailers, transporters, and wholesalers. New Jersey also provides municipalities with a significant amount of discretion in passing their own ordinances regulating the consumption and sale of alcohol within their limits. The number of retail licenses is dependent upon the municipality’s population, and sometimes the town’s governing body as well. Some municipalities have designated themselves as “dry” and do not issue any licenses or allow alcohol to be sold.

Driving Under the Influence & Underage Drinking

New Jersey’s liquor laws also contain other quirks: Companies are limited to two retail distribution licenses (thus limiting the number of markets and convenience stores that sell liquor), and drunk driving is classified as a traffic offense rather than a criminal violation. New Jersey also allows individual municipalities to define the scope of their own underage drinking laws within their geographical borders, and there is no state law prohibiting consumption of alcohol by minors whilst they are on private property. Minors can also enter establishments with liquor licenses, and state law does not prohibit bars or clubs from having “teen nights,” even if minors under the age 21 drinking liquor is a serious risk associated with them (note that some municipalities do impose this restriction). New Jersey also does not prohibit minors under the age of 21 from being present where underage drinking is occurring.

However, the state does have an underage drinking statute, which makes underage drinking a misdemeanor carrying a $500-$1,000 fine, suspension of the minor’s driver’s license for six months, and a potential jail sentence of up to six months (which is rarely imposed).