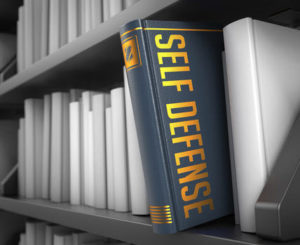 If you have ever looked up self-defense on the Internet, you will see numerous classes offered in Rockland County alone. When you think of self-defense classes, you might imagine someone wearing a padded suit, approaching another person in a slow and calculated manner. The “attacker” takes aim at the “victim” who then asserts their freshly learned defense maneuvers.

While self-defense classes are certainly helpful, having to defend yourself or another in a dangerous situation may be much more chaotic than what plays out in a classroom setting. In fact, sometimes those who are defending themselves severely injure or kill their attackers, and whether or not that person was justified in his or her actions can be questioned by prosecutors.

New York Self-Defense Laws: When is the Use of Force Justified?

New York law does not describe “self-defense” per se, but rather provides that sometimes performing what would otherwise be a criminal act is actually justified. This is called an affirmative defense, meaning you admit to the prosecution that you did in fact commit the act, but it was not criminal because the law provides an excuse.

In general, a person may be justified in using force to:

Of these justification laws, defense of your self, of another and of a premises are most often situations where a person may find themselves having to convince prosecutors and a judge that they are not guilty of a violent crime.

The use of force to protect yourself or another will not be tolerated when you were the initial aggressor, intending harm, and your attacker was actually provoked by your intent to harm him or her.  Note however, that even if you were the initial aggressor, but you then withdrew yourself from the situation and your attacker continued to try to harm you, you may then be justified in the use of force so long as you clearly communicated that you had withdrawn.

The use of deadly force is prohibited in self-defense unless you reasonably believe that the attacker is about to use deadly force against you or another person. In such event, you do have a duty to try to get away before you can use the deadly force. There are, of course, exceptions to the duty to retreat here, and if you are in your own home, you are a police officer, or you believe the attacker is committing certain violent felonies, then you do not have to attempt to retreat before using deadly force.

New York self-defense statutes can be interpreted fairly plainly; however, there are many exceptions to the exceptions and when adrenaline is running high, it may be difficult to clearly explain to authorities why you needed to use force or deadly force in defense of yourself or another.

An experienced Rockland County criminal defense lawyer can help you articulate the events of the situation and will aggressively defend your belief that you were justified in your actions. Phillip J. Murphy, attorney at law, has extensive experience defending not only criminal acts, but justified acts of violence as well. Please call today for an initial consultation at no cost to you.