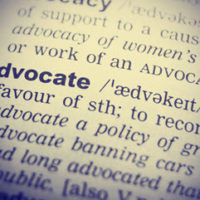 Below, we discuss two breaking stories that involve police misconduct and the potential repercussions it has on the innocent here in New York and New Jersey:

The New York jogger who was murdered in Howard Beach (Queens, New York) two years ago has received widespread attention in the news late this month (September) because the NYPD reportedly arrested a suspect—Chanel Lewis—in the murder, and pre-trial has been scheduled for late October in the case.

According to ABC News reports, Lewis was arrested and charged with second-degree murder on what police describe as “an inspector’s hunch,” but is a “hunch” enough to arrest and charge someone with murder here in New York?

Prosecutors claim that pornography suggesting that the suspect searched the internet using the phrase “forcible rape” was found on the suspect’s phone. The battle now comes down to what prosecutors claim is incriminating evidence essential for them to have and present at trial. The judge is scheduled to rule on whether the district attorney’s office can use the phone as evidence on October 29. Under New York State law, the district attorney’s office must also now also begin to disclose and turn over evidence related to their prosecution of this case, although New York has a sordid history of defendants failing to receive what the law mandates they have access to from the prosecution in order to properly build their defense.

New York isn’t alone in its share of potential police misconduct: According to a recent investigation, New Jersey is the one state that refuses to “ban bad cops,” or even track officers who have a known history of engaging in police misconduct. People have done jail time after the state allegedly hid relevant information concerning highly relevant police misconduct; specifically, information about police who have been indicted by state grand juries on charges of falsifying documents in order to get the evidence they need for convictions in trials.

In fact, according to the report, the misconduct of one State Police sergeant has now thrown doubt into the validity of samples in more than 20,000 DWI cases involving machines certified by this sergeant. Reportedly, the state attorney general’s office knew about the steps skipped in obtaining evidence in these cases, but failed to tell anyone about it.

If you have been convicted due to evidence obtained as the result of police misconduct in New York or New Jersey, contact our experienced criminal defense attorneys at the office of Phillip J. Murphy today to find out how we can help.