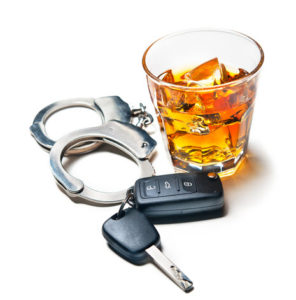 In an interesting twist of fate, Francisco Almonte, who was arrested in March of 2016 for alleged drunk driving, was ultimately charged in August only with a minor traffic violation consisting of failure to use a turn single.

According to the evidence presented at Almonte’s trial, Bergen County Public Safety Director, Ralph Rivera Jr., interfered with the March traffic stop because he was friends with the alleged drunk driver. Reportedly, Rivera approached the police officers while they performed the stop and offered to drive the impaired driver’s car home because he was an acquaintance.

Although nothing more appears to have transpired, the court ultimately found that because the officer had been distracted from the traffic stop operation, the alleged drunk driver could not be charged with the more serious of the crimes.

We have discussed DUI arrests in New Jersey, however it is important to know not only what can lead to your arrest as well as your available defenses. Under New Jersey law, plea bargaining is prohibited. Essentially, this means that in order to have your charge dropped or reduced, you either have to have the offense thrown out of court altogether or getting disqualifying key pieces of evidence from the court’s review.

The defense of DUI prosecution will often hinge on technicalities either in the evidence obtained by arresting officers or officers improperly following procedure. If you are pulled over on suspicion of drunk driving, sobriety will be primarily tested either through:

Although the New Jersey Motor Vehicle Commission provides that the only scientific way to determine whether a driver is under the influence is through the breathalyzer and blood samples, DUI arrest may be based on officer observations like smell and behavior of the defendant. While validity the two scientific tests can be argued by establishing mechanical failure of equipment, improper instructions given, or incompetence in performing the blood analysis, an experienced New Jersey DUI defense attorney will also be sure to review the officer’s documentation process in claiming that a defendant was observably incapacitated.

DUI penalties can be extremely detrimental to your life both personally and economically. Repeat offenders can find themselves losing their driving privileges for up to a decade and additionally spending months in jail. The outcome may be worse where a driver caused an accident or injury.

Because the penalties can be severe and the stakes are high, arresting officers must be held to the highest level of accountability in performing their arrest and the tests required to determine a person’s state of intoxication. Bergen County DWI attorney Phillip J. Murphy understands exactly how to defend DWI cases to achieve success. Please call today for an initial consultation at no charge to you to see how we may be able to help you through this complicated and stressful situation.