Can You Go To Jail For Working With Russian Businesses? 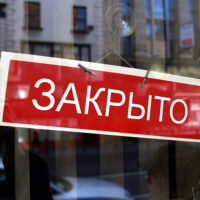 War has engulfed Europe once again, and the entire world is starting to react by imposing strict economic sanctions on Russia. If you live in New York, it might seem like this conflict has nothing to do with you or your business. On the other hand, it’s important to remember that economic sanctions against Russia affect not just nation states, but also individuals in the United States who are trying to run businesses. As these sanctions continue, you need to be very careful about who you do business with. If you’re not careful, you may face criminal charges.

If you have been charged with crimes related to the violation of Russian sanctions, you need to get in touch with a qualified, experienced criminal defense attorney in New York as soon as possible. These legal professionals can help you protect your rights as an American, and you can avoid some of the more serious consequences for your actions. Make no mistake – you can face stiff penalties for violating these sanctions, and it makes sense to fight for your freedom in the most effective way possible.

On March 2nd of 2022, it was reported that the Department of Justice had launched “Task Force KleptoCapture,” a new organization intended to investigate any violations of Russian sanctions in the United States. Although the organization was created to combat so-called “Russian oligarchs,” it can also affect United States citizens who choose to do business with Russian entities and circumvent the sanctions.

This task force has the authority to seize the assets of any individual or entity who the DOJ believes has violated the sanctions. In particular, they are looking for any “creative” methods that the Russians may be using to circumvent the sanctions. These include money laundering schemes, cryptocurrencies, and more. The DOJ promises that this task force will be using the most cutting-edge and modern tools to detect these violations.

What Happens if I Get Caught Working with the Russians?

If you are caught violating the sanctions, you may face various criminal charges. These include obstructing government functions, money laundering, making false statements to financial institutions, bank fraud, and tax offenses. These crimes can easily come with prison sentences of up to 20 years.

People are already being arrested for violating sanctions. For example, John Hanick was charged with violating sanctions on March 3rd, and he is also being accused of lying to FBI agents. Hanick is known for working with Fox News in the past.

If you are facing charges, reach out to New York criminal defense attorney Phillip J. Murphy. Over the years, we have assisted numerous defendants in the Empire State, and we can help you pursue a wide range of potential defense strategies. Book your consultation today, and you can explore all of your options as you fight for your rights and freedoms.