Can You Go To Prison For Lying To Police In New York? 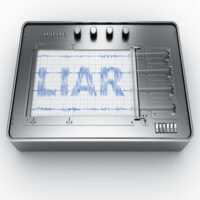 Interacting with police officers can be quite unnerving in New York. This is true even if you haven’t done anything wrong. Faced with armed officers, you might start blabbering and speaking incoherently. However, it’s important not to lie to police officers whenever possible. If you engage in this behavior, you may face considerable legal consequences. If your mistruths are severe, you may even face prison time.

If you are facing charges after having lied to police officers, you should get in touch with a qualified, experienced criminal defense attorney as soon as possible. These legal professionals can guide you towards a positive outcome in the most efficient way possible. There are many potential strategies and options you can pursue, and your attorney can help you mitigate any legal consequences you might be facing. The sooner you get in touch with a qualified attorney, the better.

In serious cases, you can face years in prison just for lying to law enforcement officers. On December 14th of 2021, it was reported that a New York man had been sentenced to 24 months in prison for making false statements to federal agents. This sentence was especially harsh because his lies led directly to two Deputy U.S. Marshals being shot by a third party. Although these Marshals were injured and not killed, this incident would have been prevented had the defendant told the truth.

About a year prior, the defendant was confronted by Deputy U.S. Marshals, NYPD officers, and Massachusetts state troopers at his apartment in the Bronx. These officers and federal agents inquired as to whether a fugitive was hiding at his apartment. The owner of the apartment lied and told them that no one else was in the apartment, and the U.S. Marshals entered the residence without knowing that the fugitive was lying in wait in a bedroom.

Suddenly, the fugitive came out of the bedroom and opened fire on the Marshals, striking and injuring two of them. The Marshals fired back, killing the fugitive.

The above example is especially serious because lives were endangered as a result of the defendant’s lies. Indeed, the fugitive might have survived if the defendant had been truthful. However, if you lie to a police officer without impeding investigations or putting other people in danger, you will likely face much less severe penalties. As many qualified attorneys will tell you, sometimes it’s best to simply exercise your right to remain silent when interacting with police officers.

Skilled New York criminal defense attorney Phillip J. Murphy can help you fight any charges you are currently facing. We know that you may not have intended to lie to the police, and it doesn’t make sense to accept needlessly harsh penalties for something you did by accident. Book your consultation today, and we can help you explore all of your options. With the right strategy, you can avoid legal consequences in a confident, efficient manner.