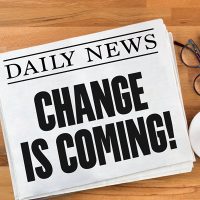 A while back, the National Association of Criminal Defense Lawyers (NACDL) met in Atlanta, Georgia to discuss prison and criminal justice reform; specifically, the many strides made by the state of Georgia under Governor Nathan Deal’s leadership in reducing the number of people that go to prison each year and the recidivism rates there.

The conference—titled “shattering the shackles of collateral consequences”—focused on how states can cut costs and repeat stays in their prisons by removing the traps that force people to return to prison over and over again. Organizers also  presented Georgia/Deal with a “Champion of Justice Restoration of Rights Award” for making significant progress on criminal justice reform.

How Did Georgia Do It?

Georgia reportedly added addiction and mental health treatment courts (also known as “accountability courts”) to keep people out of prison; high school and trade skill classes for those already in prison; and job and housing options for those just released. Historically, accountability courts have often been a difficult sell to judges and prosecutors, in part due to the extra duties and hours of collaboration involved with supervising participants, engaging in weekly sessions to check in on their progress, and having to collaborate with addiction specialists, counselors, social workers, and prosecutors in order to ensure success.

In order to overcome this hurdle, Governor Deal offered each judge in a circuit that has an accountability judge a pay raise of $6,000 per year. As a result, every circuit in Georgia now has at least one, and the state’s economy was boosted by almost $40 million per year due to the number of people working instead of returning to prison. Criminal justice reform has also become an elevated public policy issue throughout the state of Georgia as a result of this success.

The proof is in the testimonials: As a result of the program changes in Georgia, lives have literally been saved. A number of people have been in or graduated from the drug court, for example, and noted that it saved their lives; for those who have graduated from it, the recidivism rate is two percent. In addition, earning a high school diploma in prison has reduced recidivism by 19 percent, and adding trade skills has decreased it by 24 percent.

More to Be Done

Deal notes that, of course, there is more to be done. He ultimately wants every state to “ban the box” with respect to asking job applicants whether they have ever been convicted of a crime, as well as provide slots in public housing that would be solely allocated for citizens reintegrating into society after being released from prison.

States like New York and New Jersey still have a long way to go before properly working towards criminal justice and prison reform. This means that working with an experienced criminal defense attorney is extremely important in order to ensure that you are not a victim of the system, and that your rights are protected. Contact our criminal defense and civil rights attorneys at the office of Phillip J. Murphy today to find out more.