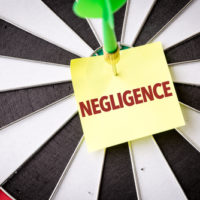 On July 24, the accused defendant in the kayak death on the Hudson which captured headlines pled guilty to criminally negligent homicide. The defendant—Angelika Graswald—was accused of tampering with her fiancé’s kayak and purposely leaving him to drown in the Hudson River.

Graswald pled guilty to criminally negligent homicide and will now spend between 15 months and four years in prison after awaiting trial for second-degree murder and facing a maximum life sentence of life in prison. She is scheduled to be sentenced on November 1, but could be released by the end of the year, given that she has already spent 27 months in jail.

Graswald aroused suspicion in the days after her fiancé’s disappearance, allegedly posting unusual social media posts that sparked attention from authorities. Prosecutors also claim that Graswald made conflicting statements, which implicated her during her interrogation with investigators and was suspicious because she was the beneficiary of two life insurance policies in connection with her fiancé’s death, standing to receive a total of $250,000.

However, there are also indications that Graswald—a native of Latvia, with English not being her first language—was unaware of her Miranda rights. By pleading guilty to negligent homicide, Graswald has essentially acknowledged that she negligently took the plug from the kayak while being aware of the rough weather conditions on the river, but did not intentionally kill her fiancé.

According to Graswald, the drain plug was removed prior to the trip out on the Hudson River, and she was unaware of the risk this posed.

In addition, because Graswald is a lawful permanent resident and not a U.S. citizen, her guilty plea officially makes her liable for deportation, a decision that will be made at some point by a federal judge.

Criminal defendants have to be careful in working with experienced criminal defense attorneys when it comes to weighing the pros and cons of accepting a plea deal versus going to trial. For example, in this case, going to trial could have resulted in Graswald being acquitted.

If you’ve been accused of a crime, it is crucial that you speak with an experienced criminal defense attorney right away. You have very specific rights, and if those rights are violated at any point in the process of your arrest, your attorney will work to ensure that any evidence gathered in violation of your rights is not used against you.

Phillip J. Murphy has been providing legal representation to New York citizens accused of crimes for more than 25 years. Contact our office today to find out how we can help you.