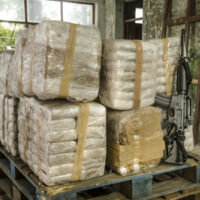 Political corruption is something that we continually strive to eradicate in the United States, but it continues to rear its ugly head nonetheless. Political corruption is especially prevalent in less developed nations, such as Honduras. In this nation, a former president was recently caught in a massive drug ring, and he has been extradited to the United States to stand trial. This is perhaps one of the biggest stories of the Honduran political world. One has to imagine what it would feel like if one of our presidents was ever caught up in a similar criminal organization.

If you have been charged with drug-related crimes in the United States, it doesn’t matter whether you’re a former president or an average Joe. Justice is blind in America, which means everyone is held to the same standards. That being said, you can give yourself a much better chance of a positive outcome by getting in touch with a qualified, experienced criminal defense attorney in New York. These legal professionals can help you fight for your rights and limit any potential consequences you might be facing.

On April 21st, it was reported that Juan Orlando Hernández had been charged with multiple charges related to importing guns and drugs into the United States. The 53-year-old previously served as the President of Honduras and was scheduled to make his first appearance in a New York federal court on April 22nd.

From a period of time spanning from about 2004 to 2022, Orlando allegedly involved himself with a drug-trafficking operation that allowed “hundreds of thousands” of kilos of cocaine to find their way into the United States. In return for his assistance with this criminal activity, the former president reportedly received millions of dollars.

During his presidency, Juan Orlando teamed up with what US Attorney Damian Williams has called “some of the world’s most prolific narcotics traffickers.” These drug-runners used their connections with the former president to avoid interdictions while also relying upon support from Honduran military and police personnel when faced with violent altercations. The DEA eventually revealed that the former president was “a central figure in one of the largest and most violent cocaine trafficking conspiracies in the world,” partnering with El Chapo, the Sinaloa Cartel, and other well-known criminal entities.

Hernández now faces one count of conspiring to import cocaine into the United States and two weapons-related charges. He faces multiple life sentences.

For help from a skilled New York criminal defense lawyer, reach out to Phillip J. Murphy. Facing drug-related charges can be incredibly daunting in the United States, but there’s no reason to accept needlessly severe penalties without fighting for your rights in court. Get in touch with Phillip J. Murphy, and you can strive for the best possible result in a confident, efficient manner. Reach out today.