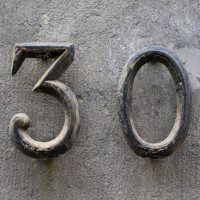 One of the foundations of our society is that everyone is treated equally under the law. It doesn’t matter if you’re a poverty-stricken drug addict or a celebrity with 12 sports cars – you will be subject to the same laws and the same penalties. Many observers point out that this is only true in theory, as rich individuals can afford expensive defense lawyers who are more capable than public defenders.

This is somewhat true, as hiring a qualified, experienced criminal defense attorney will lead to a higher chance of a more favorable outcome. But on the other hand, there is only so much a private defense attorney can do. Even if you work with the most skilled lawyer on the planet, your chances of a positive outcome are slim when the evidence is clearly stacked up against you. For those who are approaching the criminal justice system with not a penny to their name, this might be somewhat comforting. Why? Because even those with limitless bank accounts are in the same position as you.

Recently, two major celebrities have been sentenced to multi-decade stints in prison – proving that it is very difficult to get “special treatment” in New York courts. Celebrities who commit particularly disturbing crimes are even more likely to have the book thrown at them – such as those who commit sexual offenses against children.

Better known by his stage name “R Kelly,” an individual by the name of Robert Sylvester Kelly was sentenced to thirty years in prison for sexual exploitation of children, forced labor, coercion, and transportation of women and girls in interstate commerce to engage in illegal sexual activity. The trial took six weeks to complete, and it exposes a dark side to the R&B singer’s fame.

Over the course of thirty years, R Kelly ran a criminal organization that centered around recruiting women and girls to engage in illegal sexual activity. In the course of these crimes, he created false identification cards, created recordings of sexual activities, threatened the girls with physical violence, and failed to inform the girls that he had an incurable STD before interacting with them.

On June 28th, the Department of Justice announced that Ghislaine Maxwell had been sentenced to 20 years in prison for her role in Jeffrey Epstein’s illegal sex ring involving underage children. The court determined that she had enticed, groomed, abused, and transported these minors so that they could be abused by Epstein.

If you’ve been searching for a qualified New York criminal defense lawyer, reach out to Phillip J. Murphy. While everyone is equal in the eyes of the law, you can significantly improve your chances of a positive outcome by working with the best private defense attorney you can find. With our assistance, you can fight for your rights and mitigate any potential consequences you might be facing. Book your consultation today.