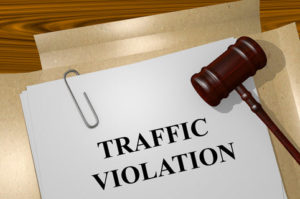 Every year, thousands of people are injured, or worse, in hit and run accidents, and data from 2015 shows that 38,000 incidences were reported that year in the state of New York alone.

A hit and run accident can develop for a variety of reasons. Perhaps the driver was intoxicated or otherwise distracted and was afraid to face the potential penalties. Sometimes a driver will damage another’s property with their car and decide that the damage is not serious enough to hassle with alerting the owners of the property. Occasionally, a driver involved in a hit and run accident actually stops, but provides invalid information. In any scenario, you should contact an attorney.

You Must Stay on the Scene of an Accident if you Harm another Person, their Property or their Animals

The New York Vehicle and Traffic Code provides that a person who leaves the scene of a traffic accident without reporting property damage or personal injury can face serious penalties. For example, any person operating a vehicle who knows or should have known that he or she caused an accident damaging property of another must stop, show their driver’s license and insurance verification. Failure to follow the proper procedures can lead to a traffic infraction punishable by a fine of up to $250.00 and imprisonment of up to 15 days.

Unsurprisingly, if you are involved in a hit and run incident where a person suffers injuries or death, the penalties are more severe.  In addition to civil damages you may be facing, criminal charges can be as serious as a Class D felony punishable by up to $5,000.00 in fines and imprisonment.

Although you could probably guess that a hit and run resulting in the death or injury of another human is a crime, you may not realize that you may face serious penalties if you hit and injure a horse, dog, cat or stock animal and then leave the scene without trying to locate the owner of the animal. If you cannot locate the owner, then you should attempt to alert authorities to the situation.

Although you may believe that you would never be the driving party in a hit and run incident, it is important to realize that hit and runs aren’t always as black and white as it may seem. You likely imagine a chaotic scene where one driver speeds away after hitting another vehicle but it can be less obvious than that. Sometimes, a driver inadvertently hands over the incorrect insurance information and if the other party reports this to the police, you could be charged with a hit and run violation even though you had intended to provide all of the required information.

If you are accused of a hit and run violation in Rockland County, please call experienced traffic law attorney Phillip J. Murphy.  We answer calls around the clock and your initial consultation is at no charge to you. We understand that mistakes happen, and some are more severe than others. With over 25 years of experience defending criminal cases and traffic violations in the state of New York, we can help you through the stressful and complicated process.