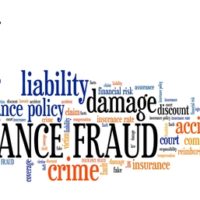 In early April, one New Jersey woman was charged with stealing more than $46,000 in workers’ compensation benefits, a charge that comes with hefty criminal penalties and jail time. Specifically, a state grand jury charged her with second-degree insurance fraud and third-degree theft by deception, alleging that she used lies and deceit to continue to collect her deceased mother’s monthly benefit checks for years after her death by falsely representing to New Jersey Manufacturers Insurance Group that her mother was still alive and living in a nursing home.

Insurance fraud is taken seriously in the state of New Jersey, with not only the insurance company’s fraud prosecutor getting involved, but the Deputy Attorney General and Detectives also coordinating in the corresponding investigation. While New Jersey local and state prosecutors handle insurance fraud cases, the federal government can also prosecute insurance fraud under federal jurisdiction if criminal racketeering, mail fraud, or other federal offenses are involved.