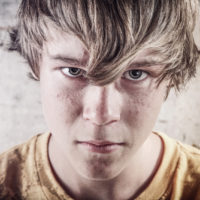 A federal lawsuit has been filed on behalf of four juveniles who are being charged as adults, with the defendants arguing that housing juveniles in adult detention violates their constitutional rights, including their right to equal protection under the law.

The lawsuit is unique in that the county recently requested a report regarding the design of the new detention center and courthouse, and that report—put together by doctors at the University Of Washington School of Medicine—expressed concern over the teens’ conditions. Reportedly, the teens spend between 21 and 23 hours in their cells and several months in isolation, have very limited educational programs, and are mostly minorities (specifically, in 2016, 86 percent were children of color), triggering racial disparity and justice concerns. The doctor is also concerned that these conditions could exacerbate existing mental illness issues and interfere with potential rehabilitation.

The lawsuit itself challenges King County’s (Seattle, Washington) pervasive policy and practice of holding children who have not yet been convicted of any crimes in long term solitary confinement and denying them the right to an adequate education. The complaint describes the county regularly confining children alone in small, barren cells for 23 or 24 hours per day, for weeks or months on end; many of whom have mental illness. They are allegedly provided with very few educational materials; no human interaction; no music or television, and zero connections with the outside world. When they are allowed outside of their cells, they are typically still isolated in a room. The education they have been provided with is described as consisting of a few minutes of face-to-face instruction and mostly completing paper worksheets alone in their cells.

The complaint also cites the growing scientific consensus that the isolation characteristic of the facilities places children at risk of serious emotional, physical, and psychological harm. Specifically, it causes anxiety, depression, psychosis, potential self-harm and/or suicide, trauma, and permanently interferes with a child’s development. It is also especially harmful for those who already suffer from mental illness or a disability.

Because the children held at these facilities do not come from families that can afford bail, the children are left waiting months or years there, pending the dispositions of their cases.

Not only are children guaranteed rights by the U.S. Constitution, but the Individuals with Disabilities Education Act provides juveniles accused of crimes with rights as well. The law governs how states and public agencies provide educational and related service to children and youth with disabilities.

If you are a juvenile being charged as an adult, you should speak with an experienced attorney who has represented juveniles in court, and ensured that they are protected when they are held in custody.

Attorney Phillip J. Murphy has extensive experienced in helping juveniles with criminal charges. We serve juvenile clients throughout New York and New Jersey, including Rockland and Bergen Counties. Contact us today for a free consultation.