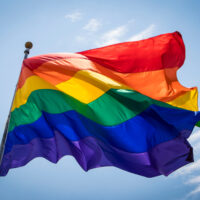 Following proposed federal legislation and other states that have enacted bans, in November, New Jersey lawmakers introduced legislation banning the use of gay or trans panic defense in criminal cases. The bill proposes to prohibit the use of the defense in cases that involve murder/homicide charges; specifically, the act of reducing murder charges to manslaughter in connection with discovering, knowing, or otherwise finding out about a homicide victim’s actual or perceived gender identity, expression, or sexual orientation.

The defense has been used a number of times in reducing homicide charges to manslaughter if a jury finds that the act was committed from what is considered provocation, i.e. finding out someone is gay or trans in the heat of the moment or ‘passion.’ The most notorious case occurred in New York in 2013, where the victim was beaten to death after the perpetrator discovered that she was a transgender woman. After arguing that he was provoked, he served 12 years in jail instead of a longer sentence.

Due Process Concerns: Can States Limit How Those Accused of Crimes Defend Themselves?

In spite of the abhorrent nature of violent acts committed against gay and trans community , criminal defense advocates and attorneys have expressed concern about states and federal government’s efforts to limit defenses that are available to those on trial; not out of support for the substance of the defense; but on the grounds that setting a precedent of preventing individuals from raising defenses at trial or for the purpose of plea bargaining violates their right to due process. The Due Process Clause provides the right to present any evidence that “shows that the accused either did not commit a crime or that their actions were excused, justified, or mitigated in some way.” A jury is always free to ignore justifications that a defendant puts forth for their conduct, however, it is deep rooted in our constitutional history that trying to limit or screen their speech with respect to presenting a complete defense, which has been upheld by the U.S. Supreme Court.

If You Are Facing Charges in New Jersey, Contact Our Criminal Defense Attorneys

New Jersey criminal defense attorney Phillip J. Murphy has more than 25 years of experience successfully defending clients accused of assault and violent crimes throughout the state. Contact the office of Phillip J. Murphy today for a free consultation to find out more about our services.