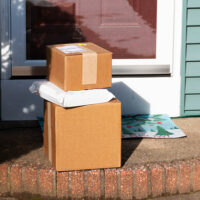 If you’ve been paying attention to the news as of late, you know that the term “porch pirate” has become something of a buzzword. This term refers to those who steal packages from people’s porches, and apparently, this has become a major concern for New Jersey lawmakers. In fact, it has reached the point where Governor Phil Murphy has signed a new law that creates much more severe penalties for those who commit this offense. If you have been charged with stealing packages from porches in New Jersey, this is definitely something you need to be aware of.

If you have been charged with this offense, you also need to get in touch with a qualified, experienced criminal defense attorney as soon as possible. Because of these new, tougher laws, it’s even more important to approach this situation in an efficient manner. By getting in touch with the best attorney you can find, you’ll give yourself a fighting chance of staying out of jail, avoiding fines, and sidestepping a range of other criminal consequences.

On January 20th, it was reported that Governor Phil Murphy had just signed a new set of laws to address the growing issue of porch pirates in New Jersey. Normally, the penalties for theft in New Jersey are based on the dollar value of the items stolen. For example, stealing items with a value of under $100 is likely to result in a relatively minor misdemeanor charge – especially if it’s your first offense.

Under these new porch pirate laws, however, defendants can expect much more serious consequences. Even if you steal something from someone’s porch worth only a few dollars, you will likely be charged with a third-degree crime. This means that upon conviction, you will spend at least three years in prison, with a maximum sentence of five years. In addition, you could face a fine of up to $15,000.

New Laws for a Modern World

This new law reflects the extensive amount of online shopping Americans have been doing over the past couple of years – and the reason behind this surge is obvious. The pandemic has caused many people to shop online instead of at their local department stores, which means that porches these days are often littered with parcels.

Robert Karabinchak, one of the bill’s primary sponsors, stated:

“‘Porch piracy’ is a serious crime that can not only result in the loss of expensive gifts during the holiday season, it affects residents who order medication and have legal documents and other important items delivered to their home.”

Lawmakers have been mulling over this bill for quite some time now, and it was first introduced all the way back in 2020. This was a response to growing concerns of New Jersey residents, many of whom have had packages stolen from their properties. One estimate found that over the past year, the total value of these stolen packages throughout the United States exceeded $5 billion.

Dedicated New Jersey criminal defense lawyer Phillip J. Murphy can help you fight your charges. Over the years, we have helped numerous defendants fight for their rights, including those who have been accused of theft. Make no mistake: these new porch pirate laws are no joke, and Governor Murphy is obviously serious about cracking down on these individuals. This makes it all the more important to get help from a qualified, experienced defense attorney. Book your consultation today, and we can get started on an effective defense strategy.