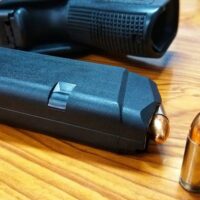 Magazines have become a central issue in the debate over gun ownership in the United States. Like many other states, New Jersey has taken this issue seriously, and it recently banned the possession of high-capacity magazines for firearms. The logic behind this ban is quite obvious. Gun control advocates argue that high-capacity magazines allow shooters to mow down swathes of innocent people without reloading, increasing their capacity to do as much damage as possible. On the other side of the spectrum, there are those that argue that this ban violates the Second Amendment.

If you have been charged with possessing a high-capacity magazine in New Jersey, it’s probably time to get in touch with a qualified, experienced criminal defense attorney. The penalties for owning this firearms accessory can be quite severe, so it makes sense to defend yourself in the best possible way. Find a criminal defense attorney who understands New Jersey’s current gun laws, and you will stand a much better chance of a positive legal outcome.

Despite an earlier failed attempt to have these magazine laws deemed unconstitutional in 2018, gun rights activists have once again taken the matter to the Supreme Court. This time, 25 states have joined the push to have these laws reconsidered. Texas was the latest state to throw its hat into the ring, and there is now significant pressure on the Supreme Court to take notice.

Texas Attorney General Ken Paxton pointed out that most firearms come with 11 to 15-round magazines, making the ban inconvenient and unreasonable for gun owners and buyers in New Jersey. Critics also continue to argue that this ban is unconstitutional.

One of the most notable arguments against the ban is that it leaves Americans defenseless. It’s no secret that New Jersey is going through a major violent crime wave, and shootings are rampant. Many of these shootings are committed with illegally obtained weapons, and there are those that argue that law-abiding citizens should be able to defend themselves with high-capacity magazines.

Why is Texas So Concerned?

So why are Texas and other states so concerned about New Jersey’s laws? Basically, they’re concerned about their own citizens who try to travel to New Jersey and earn income as firearms dealers. If a licensed firearm dealer crosses the border into New Jersey with high-capacity magazines, they could face over a year in prison and a possible $10,000 fine.

If you need help from a skilled New Jersey criminal defense attorney, contact Phillip J. Murphy, Attorney at Law. We understand the concerns many law-abiding gun-owners have about the Garden State’s magazine ban, and we can help you fight for your constitutional rights in an effective manner. Reach out today and book your consultation.