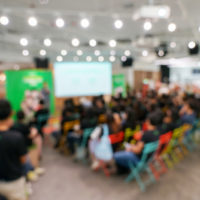 A new report released in late September suggests that school policing involves racial profiling, criminal justice, and civil rights issues. The report is especially relevant at the moment, as debates surrounding how to make schools safer and stop shootings continue to intensify.

As we hear more and more proposals that call for more police in schools to explicitly address safety issues, many are concerned that this could create problems for students from predominantly black communities, as we discuss below.

According to the report, in the two decades since Columbine, calls for an increase in school safety have resulted in an increasingly punitive system of discipline aimed at students of color instead of involving efforts to make all students safer. Are efforts to increase police in schools more reflective of racial disparity and profiling issues, than trying to make schools safer? According to the Department of Education, between 2011 and 2016, black students accounted for 31 – 43 percent of students arrested, expelled, or suspended, even though they made up about 16 percent of the total student population.  Some even have a specific term for this: “the school-to-prison pipeline.”

Prior to the report’s release, there was already a considerable body of research indicating that black and Latino students are more likely to be arrested, disciplined and suspended in schools. Obviously, adding more police only exacerbates this problem, as it increases the likelihood of the students interacting with police in general, on a daily basis. Experts have noted that the report “serves as a warning” regarding what happens when we respond to tragedy with “over policing and a hardening of schools.”

Not only do black and brown students face more discipline, but they also reportedly face more violence from school police. These students have been thrown, slapped, kicked, tasered, pepper-sprayed, struck, handcuffed, and arrested for witnessing the aforementioned activities. Bringing justice against those officers abusing their power by exerting violence in furtherance of racial profiling is difficult because of a lack of data and accountability in general when it comes to abusive law enforcement in schools.

Lack Of Training & Accountability For Officers

There is also no real training or credential program for those who want to work in school policing. There is no program that trains the officers on interacting with young adults, or even a program that provides a consistent process for training in general. For example, some cities draw from a separate police force for the schools, while others simply place officers from the local police department in certain schools. This leaves parents and families confused about where and how they bring their complaints and demand justice.

More Security Measures Where There Are More Nonwhite Students

According to civil rights data collection, students of color are more likely to attend schools that pay for school police officers than school counselors. Research also indicates that metal detectors, security cameras, and school police were, in general, more likely to be found in schools with high numbers of nonwhite students than others. In other words, even if a school faces similar crime and discipline issues, heavy-handed measures are more likely to be found at schools with more minority students in attendance.

If you have been the victim of a civil rights offense such as racial profiling, contact our civil rights attorneys at the office of Phillip J. Murphy today to find out how we can help. We serve victims throughout New York and New Jersey.