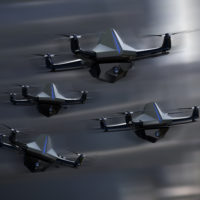 In early December, the New York Police Department (NYPD) announced that it would soon be launching a fleet of 14 drones across the city to monitor people and “reach remote areas in crime scenes.” This has a number of civil rights advocates concerned because the policy governing the drones technically allows for their use “for any public safety reason” the department deems necessary. Ultimately, this could lead to a number of civil rights and privacy violations, and provides the police with too much discretion. Many are concerned that the drones may also be used to document political activity and to track innocents, especially those who speak out against the police. Some have also pointed out that the New York Police Department in particular has a history of using technology to specifically target communities of color, and this could be part of those same efforts. Will these drones be used for warrantless surveillance?

What Is The Law With Respect To Police Use Of Drones?

Technology like this arguably does not have proper rules and regulations in place yet to ensure that it is used appropriately. In fact, state lawmakers are only now debating how unmanned aircraft systems like drones will be regulated. While 41 states have thus far adopted some laws governing the technology, and three additional states have adopted resolutions, still, the rules in place governing police use of drones are fairly minimal: The drone must be registered and otherwise used in accordance with Fourth Amendment jurisprudence with respect to search and seizure. In other words, the use of these drones will likely lead to more arrests and criminal defense attorneys arguing that evidence was obtained illegally as a result of an illegal search and seizure.

The Los Angeles Police Department (LAPD) is another example of a department that has decided to move forward with the use of drones in their law enforcement work, and one of the departments that the NYPD consulted in coming up with its proposal. Unlike the NYPD, the LAPD passed a set of guidelines when it initiated the one-year drone pilot program which requires all officers to obtain a warrant before using a drone “when required under the Fourth Amendment or other provision of the law.”  However, the problem is that neither the Fourth Amendment nor state laws directly address how these protections apply when it comes to aerial surveillance, specifically. Without the state legislature first passing a law requiring that police obtain a warrant before using this technology, citizens should be wary.

New York criminal defense attorney Phillip J. Murphy has more than 25 years of criminal defense experience in Rockland County and surrounding areas. If you have been arrested as the result of an illegal search and seizure or another violation of your rights, contact our office today for a free consultation to find out how we can help.