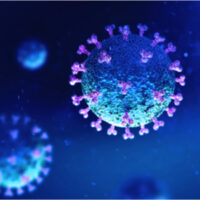 In continuance of a number of new criminal charges and prosecutions that have arisen during the COVID-19 pandemic, in May, New York Governor Andrew Cuomo warned that nursing homes in New York would be criminally prosecuted for fraud under the False Claims Act if they fail to report death numbers due to the virus. Gov. Cuomo also announced that the state Attorney General and Department of Health would be conducting a broad investigation to ensure that each nursing home is following all state regulations.

In addition, one New York retailer who sold personal protective equipment -including digital thermometers, hand sanitizer, disposable masks, and surgical gowns – was arrested for hoarding the equipment in order to sell it In excess of market prices and charged with violating the Defense Production Act. According to reports, postal inspectors executed a search warrant and seized thousands of products from his store and warehouse.

Nursing home facilities have never had criminal charges brought under the False Claims Act; only civil penalties that have led to million dollar settlements, indicating that both state and federal governments are reaching for somewhat unique legal tools in an effort to bring criminal charges during the pandemic. This also appears to be the first case brought invoking the Defense Production Act during the pandemic, and the legality of these charges is questionable in the same way that some being charged under terrorism statutes for allegedly spitting on others during the pandemic is arguably an impermissible stretch of the statute beyond what it was intended for.

Historically, the courts have frowned upon the government applying laws in ways that they were not intended; In fact, they have held that these statutes were not intended to deal with situations like these; and existing state criminal statutes are sufficient instead, especially when, for example, anti-terrorism statutes require the use of biological weapons or weapons of mass destruction and an effect on interstate or foreign commerce; two very specific requirements.

Prosecutors may also have a very difficult time arguing that an individual selling face masks for $1 was engaging in “reprehensible conduct” and “price gouging,” violating a law as serious as the Defense Production Act by reselling personal protective equipment “at huge markups.” While President Trump issued Executive Order 13909 invoking the Defense Production Act in conjunction with the COVID-19 crisis, and the US Attorney’s Office for the Eastern District of New York states that the Order makes it illegal to acquire medical supplies and devices designated by the Secretary of Health and Human Services as scarce in order to hoard and/or sell them at excessive prices, the Order is noticeably devoid of any and all language to this effect, and indicates absolutely nothing about what is and is not illegal with respect to these supplies, as well as criminally prosecuting individuals who sell these products, or how to determine at what point they can be considered to be violating the Act in terms of the prices and amounts that they set and sell. In fact, the Order only indicates that the Secretary of Health and Human Services may “[control] the distribution of such materials in the civilian market.”

If You Are Facing Charges, Work with The Best In New York Defense

These actions indicate that law enforcement and federal officials are focusing on activities in the New York metropolitan area in particular; arguably treating New York citizens unfairly by charging them with crimes, and violating their constitutional rights in doing so. If you have been charged with a crime here in New York, contact our experienced New York criminal defense attorneys at the office Phillip J. Murphy today to receive the very best in legal defense services.