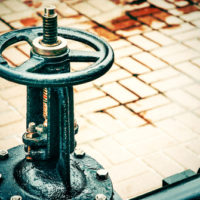 Some of the pipeline protesters who were charged with various crimes while protesting the Dakota Access oil pipeline are relying on what’s known as the “necessity defense,” arguing that they had no choice but to commit the crimes they are being accused of in order to prevent a greater harm.

In this case, the greater harm is climate change, and the protester being charged—Chase Iron Eyes—is arguing that civil disobedience was his only option to prevent encroachment of the pipeline on his ancestral lands as a member of the Standing Rock Sioux tribe.

While the U.S. Supreme Court has left open the question of whether the necessity defense can be used in federal courts, whether or not it can be used in state courts largely depends upon the state.

In New York, for example, conduct which would otherwise constitute an offense is justifiable (i.e. not criminal) when:

New Jersey also has a necessity defense written into law, stating that conduct that would otherwise constitute an offense is justifiable by reason of necessity to the extent permitted by law and where neither the code nor other statutory laws defining the offense provide exceptions or defenses dealing with the specific situation.

History of the Necessity Defense

The first court to allow for the defense to be used was the District of Columbia in 1976, recognizing the use of marijuana to treat a health problem (glaucoma). In defense of actions undertaken to protect the public from activities that would exacerbate climate change, climate activists have used the defense since 2009 in Minnesota, Montana, New York, North Dakota, and Washington. In these cases, because oil pipelines carry fossil fuels–releasing gases and trapping heat–which exacerbates climate change, these protesters point to the environmental degradation that pipelines bring to areas as the greater harms.

In Iron Eyes’ case, however, the issue is more complex due to the potential threat to his tribe’s water supply brought by this pipeline, specifically. This is because the Dakota Access pipeline runs below Lake Oahe, which the tribe draws its drinking water from. In addition, Iron Eyes is arguing that, for this particular project, there was an effort by the parties involved to label those Native Americans opposed to the project as “terrorists.”

It can be challenging to successfully assert the defense, however a defendant has to convince the jury or judge that they had no alternative, there was an imminent harm and a direct connection between their actions in breaking the law and preventing the harm, and that the harm prevented was worse than the act of breaking the law.

If you have been arrested for activities related to protesting, contact the law office of Phillip J. Murphy today for a free consultation and find out how we can assist you with your defense. We serve clients in New Jersey and New York.