Should I Remain Silent During an Arrest In New Jersey? 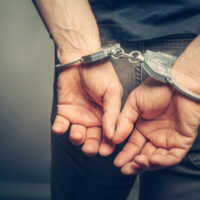 When you’re being arrested, it’s often difficult to think and behave in a logical manner. You may be extremely emotional due to the circumstances that led to your arrest, and there may be a million different thoughts running through your mind. Although it’s certainly no easy feat, remaining calm and collected is by far the best option when you are being arrested in New Jersey. Wild, irrational acts may incriminate you even further, and it may make your trial even more difficult when the day comes.

But what about invoking your right to remain silent during an arrest in New Jersey? Is this a good idea? You may have heard a police officer tell you that “you have the right to remain silent,” but what does this mean exactly? Many people may believe that it’s better to argue with a police officer and try to claim their innocence. But could this make things even worse for you? These are all important questions, and a qualified criminal defense attorney in New Jersey is your best bet if you want answers. These legal experts have a deep understanding of criminal law in the Garden State, and they can provide you with excellent advice.

You Always Have the Right to Remain Silent

The right to remain silent is a Miranda Right, which means that it is completely inalienable. No matter what, you’re always within your rights to remain silent in the presence of a police officer. Even if they threaten you or state that you will be arrested for remaining silent, you must ignore them at all costs.

If a police officer does threaten you for remaining silent, you can pursue legal action against them. In 2017, it was reported that a woman in New Jersey had been threatened by a police officer after a routine traffic stop. She decided to invoke her right to remain silent, and she was handcuffed and threatened as a result. She had committed no crime, and she was simply exercising her rights. Although dashcam footage showed one police officer mumbling something about “obstruction,” there was no legal reason why the woman had been handcuffed and threatened. Eventually, the police department officially apologized, and the woman was awarded a $30,000 settlement.

The Police Officer Will Try To Build a Case Against You

After your arrest, the police officer will typically try to question you. Their goal is to build a case against you and gather as much information as possible. An officer might appear to be on your side, and they might even agree with your version of the story. However friendly and supportive a police officer might appear to be, it’s usually best to invoke your right to remain silent. You may let something slip that could needlessly incriminate you. Once you invoke your Miranda Rights, a police officer must immediately stop questioning you.

Enlist the Help of a Qualified Criminal Defense Attorney Today

According to the Fifth Amendment, your silence can not be used against you in a court of law as evidence of your guilt. That being said, you must vocally express your desire to invoke your Miranda rights in order to benefit from this protection. Stating that “I wish to invoke my right to remain silent” is enough. If you are facing criminal charges, reach out to Phillip J. Murphy, Attorney at Law today. New Jersey criminal defense attorney Phillip J. Murphy has considerable experience with a wide range of practice areas.