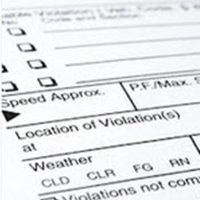 A few years ago, a New Jersey lawmaker’s proposal to increase speed limits in some areas of New Jersey to 80 or 85 miles per hour sparked a number of lively conversations as to how speed limits in New Jersey are set, and how this affects how/whether speeding tickets are assessed as well.

According to some, it has historically been a difficult issue to tackle, as, of course, as officials often complain that residents want cars to slow down in front of their houses where children play, but still complain about set speed limits being too low once they get in the car and are issued a speeding ticket for driving too fast.

How Speed Limits Are Set

In 2008, the Department of Transportation reportedly felt so overwhelmed by requests to reexamine local speed limits that the state authorized counties and municipalities to do it themselves. This means that, while the state retains jurisdiction over state roads, county and municipal politicians have the final say over speed limits and traffic control devices on the majority of roads throughout New Jersey, which arguably exposes these decisions to various political pressures. According to experts, changes to speed limits often come in response to an accident or complaints from residents, and they can also coincide with voting seasons.

Senator Declan O’Scanlon, at that time announced a bill that would require states to measure how fast people are traveling on limited access highways, and then adjust the speed limits based on the 85th percentile speed. He argues that this would reduce the number of accidents and speeding tickets issued by reducing the variability between driving speeds.

If you have received a speeding ticket in New Jersey, you should consult with a traffic offenses attorney right away. Tickets like these can affect your record and the cost of auto insurance, and it is entirely possible to challenge any points these tickets have assessed on your license—even if you already paid them (and thus admitted guilt)—by working with an attorney to file a motion to vacate your guilty pleas.

Contact Phillip J. Murphy today for a free, confidential consultation today to learn how we can help—we serve clients in Bergen County and surrounding areas.