Telling Someone To Kill Themselves In New Jersey: Is It Illegal? 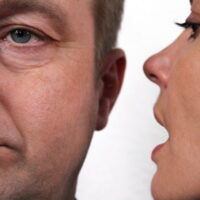 For New Jersey residents between the ages of 10 and 24, suicide is the third-highest cause of death. Many young people are taking their own lives in the Garden State, and this was a major concern even before the pandemic. Post-Covid, the state has seen a dramatic rise in anxiety and depression among youth. But suicide isn’t just a problem for teenagers, and many adults take their own lives in New Jersey as well. So what happens if you tell someone to kill themselves? What happens if you actively encourage someone to take their own life? Could you face legal consequences as a result?

If you have been accused of causing someone’s suicide, it’s probably a good idea to get in touch with a qualified, experienced criminal defense attorney as soon as possible. While the actual laws surrounding this scenario are a little vague, it’s always a good idea to be prepared. With help from an attorney, you can develop an efficient defense strategy and avoid potential consequences.

Your Right to Free Speech

The biggest problem with prosecuting those who encourage others to commit suicide is the constitutional right to free speech, otherwise known as the First Amendment. You cannot make verbal threats to other people, but encouraging someone to commit suicide is not actually a threat. Simply telling someone to “drop dead” or “go kill yourself” is unlikely to result in any legal action, especially you say it in an offhand manner and the individual does not go home and end their life.

With that being said, New Jersey does in fact have laws against assisting suicide. According to the law, you can be found guilty of a crime of the second degree if you “purposely aid another to commit suicide.” If the individual does not actually attempt suicide, you can still be charged with a crime of the fourth degree.

So what constitutes “assisting” suicide? Well, you would have to go much further than simply telling someone to “drop dead.” In order to be charged with this crime, you would need to actively help the individual plan their suicide. Perhaps you suggested certain methods of suicide, or you encouraged the individual to “follow through with it” when they expressed doubts about whether they really wanted to end their life.

Many individuals have experienced criminal charges for encouraging others to commit suicide. 17-year-old Michelle Carter is a prime example, and she was charged with involuntary manslaughter after repeatedly encouraging a boy to kill himself over text messages. In 2011, William F. Melchert-Dinkel was charged with assisting suicide after encouraging people in internet chat rooms to livestream their own hangings.

In 2021, it was reported that Pennsylvania Governor Tom Wolf had created legislation to increase penalties for encouraging suicide. This move was largely influenced by the death of a York County woman, who was given a “step-by-step” guide on how to kill herself by members of an online forum.  In 2021, a former Boston College student also faced charges after encouraging her boyfriend to commit suicide.

Enlist the Help of a Qualified Attorney

For help from a skilled New Jersey criminal defense attorney, reach out to Phillip J. Murphy. We have helped countless defendants in New Jersey pursue positive outcomes. In many cases, encouraging someone to commit suicide is simply exercising your right to free speech. While it’s probably not the most intelligent or ethical thing to do, you shouldn’t face unconstitutional punishments for your actions. Book your consultation today, and we can begin working on an effective defense strategy right away.