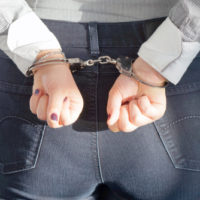 According to some sources, one in four women that is incarcerated is either pregnant or has a child that is less than one year old. Jailing these women can be especially disruptive to society, as they are sometimes the threads keeping a home together.

In addition, arguably, many of them also do not belong in jail: many are simply opioid addicts who sell pills or commit petty theft out of economic desperation, ending up back in jail, and/or failing drug tests while on parole. Sometimes we also jail them for being unable to pay past due fines, incarcerating the indigent and holding them in “contempt of court.”

And yet, incarcerating drug addicts carries crushing costs, as we punish addicts by jailing them instead of providing drug treatment. This is especially disheartening when you learn that so many of them were themselves victims of crimes–such as sexual assault–prior to getting involved in crime. Many experts point out that what many of them really need is support and services—not jail—so that they can get back on their feet, become contributing members of society, and take care of their families.

Changes to the Law

To solve this problem, some voters have expressed an interest in lawmakers making a number of changes, such as:

In October, New York passed a new state law that gives those with a record a second chance at a clean slate. It allows individuals who have up to one felony or two misdemeanors to apply to seal records of conviction (as long as the conviction(s) are at least one decade old and not for a sex offense or a violent felony). The law is intended to remove obstacles to housing and jobs for people with nonviolent criminal records, as this is typically asked whenever anyone applies for employment and housing, and a conviction can have devastating effects on one’s ability to move on and become a contributing member of society.

If you are facing charges that do not match your crime, or have questions about expungement, contact the office of Phillip J. Murphy today for a free consultation. We serve clients in Rockland County, New York, and surrounding areas, and have more than 25 years of providing excellent criminal defense representation.