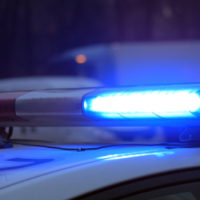 On May 29th, the U.S. Supreme Court made an important decision that will impact thousands of potential criminal defendants each year in holding that privacy protections extend to vehicles that are parked in a driveway or carport. In other words, police need a search warrant before inspecting vehicles parked in front of your home because the Fourth Amendment does not permit the warrantless entry of a home “or its curtilage” in order to search a vehicle.

This is in contrast to cars parked along public roads, which police may look “closely” at without the need for a search warrant. In its decision, the Court reversed the original Virginia courts’ ruling that officers cannot enter a closed garage, for example, but a vehicle in plain sight falls within the “automobile exception” to the Fourth Amendment (and thus the officer did not need a search warrant).

The Driveway Is an Extension of the Home

Areas Surrounding the Home Where You Have the Right to Privacy

In keeping with previous U.S. Supreme Court decisions, “curtilage” is defined as “the area immediately surrounding and associated with the home,” such that it is considered “part of the home itself” for purposes of the Fourth Amendment. Thus, anytime that an officer “physically intrudes” on the curtilage to gather evidence, a Fourth Amendment search has occurred and is presumptively unreasonable, absent a search warrant. As the Court pointed out, a driveway constitutes curtilage, just like the areas outside the front window, front porch, and side garden. These are areas “adjacent to the home and to which the activity of the home life extends.”

So What Is the Automobile Exception?

The scope of the automobile exception extends no further than the automobile itself. In other words, an officer does not have the right to enter a home or its curtilage to access a vehicle without a warrant.

If your Fourth Amendment rights have been violated and evidence has been collected against you in an attempt to bring criminal charges, contact criminal defense attorney Phillip J. Murphy today to find out how we can help. We have been representing and protecting clients throughout New York and New Jersey for more than 25 years.