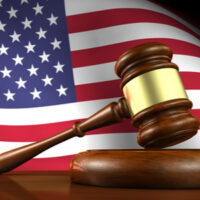 In January, the U.S. Supreme Court heard arguments in the Bridgegate case which, depending on how it rules, could completely transform the definition of federal fraud and conspiracy charges. The two defendants appealing were found guilty of fraud and conspiracy in connection with their decision to close the local access lanes in order to back up traffic in the area where a local mayor who failed to support their boss (Chris Christie) governed. Also at issue in the case is the fact that the defendants invented a reason for their actions – that the Port Authority was conducting a traffic study. One was sentenced to 13 months in federal prison and the other 18 months.

The case is an important one with national implications because it will effectively determine to what extent federal prosecutors can prosecute public corruption activities. The question in the case ultimately involves whether a public official can be guilty of defrauding the government if they lie about why they did something.

The Arguments & Apparent Leanings of the Court

The defendants argue that these actions were political, and do not constitute federal crimes. As a result, they contend that they should be addressed by the voters, not by the courts in a criminal trial. Conversely, government prosecutors argued that the defendants officially redirected resources – as is required by the federal fraud statute – and cannot get a “free pass” simply because their motives were political.

At the hearing, it appeared as though Justice Ginsburg and Justice Kagan agreed with the government, and took issue with the fact that if the Court does not uphold the conviction, it will essentially become OK for officials to use government public money in an unauthorized way. Justice Ruth Bader Ginsberg also pointed out that it could very well be considered a “private use” to divert these resources for one’s own political benefit.

However, at least six of the justices expressed skepticism over whether officials deciding to shut off lanes during commute hour to politically punish a mayor could technically constitute a federal crime. Chief Justice Roberts in particular appeared to take issue with the government’s argument that these officials commandeered public resources for personal use given that lanes were technically still used for public purposes, and Justice Breyer pointed out that it could be difficult to equate the “deprivation of honest services” with taking property from the government.

Existing legal precedent does not help the prosecution in this case: In 2016, the U.S. Supreme Court threw out the conviction of another political official on charges that he accepted cash exchange for arranging for meetings with state officials because his actions were not considered to be “official acts” and prosecutors need to show that there has been a direct quid pro quo – i.e. that the official did something in their official capacity in exchange for the gifts.

If you have been charged with a federal crime, contact our New York criminal defense attorneys at the office of Phillip J. Murphy today for a free consultation to find out how we can help.