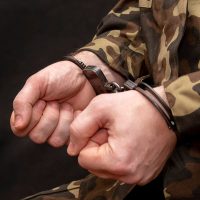 Among all the qualities valued by the US military, loyalty is perhaps seen as the most important feature of a successful soldier. Indeed, the motto of the United States Marine Corps – one of the most highly-trained branches of the military – is “semper fidelis.” This is Latin for “always loyal.” And most of the time, service members are indeed extremely loyal to their countries and their units. But there are always a few exceptions, and one of the most notable cases was highlighted recently in the Southern District of New York.

If you have been charged with an offense in New York, it makes sense to get in touch with a qualified, experienced criminal defense attorney as soon as possible. These legal professionals can help you strive for the best possible results in a highly confident manner. With their assistance, you can avoid needlessly excessive penalties and fight for your rights. It’s best to book a consultation with a defense attorney as soon as possible after facing charges.

A Bizarre Story of Betrayal in the United States Military

On June 24th, a truly bizarre story of betrayal was reported by the New York Department of Justice. It starts with a service member who joined the military for the specific purpose of infiltrating the organization, subverting its members, and sabotaging from the inside. This individual was allegedly part of a terror group called O9A. This group features a hodge-podge of different ideas, including neo-Nazism, radical jihadism, and satanism.

After the defendant joined the military in 2018, he stayed with his unit for many years, going on tour in different nations such as Italy. During the next few years, he absorbed propaganda and videos from neo-Nazi groups and jihadist groups. In 2020, he was informed that his unit would be deploying to Turkey. He passed along crucial information to his fellow members of O9A, instructing them on how to attack the base and wipe out the entire unit. He even stated that he would be willing to die in the attack himself.

The purpose was to create a “mass casualty event” that would force the United States into a prolonged armed conflict in the Middle East. This is a key part of O9A’s overall philosophy, which requires its members to carry out acts of extreme violence and “accelerate the demise of Western civilization.

In the end, the defendant pleaded guilty to attempting to murder US service members, providing material support to terrorists, and illegally transmitting national defense information. If convicted on all accounts, the defendant could face up to 45 years in prison.

Dedicated New York criminal defense attorney Phillip J. Murphy is prepared to assist you with your case. Over the years, we have helped numerous defendants fight for their rights in the best way possible. Remember, internet research can only get you so far. If you want results, you need to get in touch with a real lawyer right away. Book your consultation today and start working on an effective defense strategy.