What Happens If Key Evidence Against You Is Lost Or Destroyed? 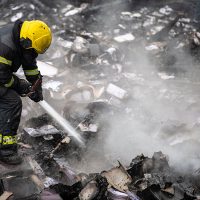 Warehouse Full of Evidence Burns to the Ground in New York

On December 14th, it was reported that a warehouse full of evidence in Brooklyn had burned to cinders. Countless articles of evidence were lost, including items that had the potential to solve some of the state’s most challenging cold cases. This event was immediately decried as a “nightmare” among the criminal justice system. So how could this possibly happen in such a secure location? The Fire Department is unsure of what caused the blaze, although they reported that the circumstances of this “accident” are still under investigation.

Many legal figures immediately pointed out that this fire has far-reaching ramifications that may not be immediately obvious. For example, most people assume that it is only unsolved murders that will be affected, leaving people and families without the ability to pursue justice and closure. However, one lawyer pointed out that people accused of crimes may also lose the ability to prove their innocence. Evidence can work both ways in a criminal trial, and some of the evidence in this warehouse could have vindicated people accused of serious crimes. In the end, this incident is a massive disaster for the entire justice system.

Does it Really Matter if Evidence is Destroyed?

In a digital age, you might be wondering whether it really matters when hard evidence is destroyed. After all, images can be taken of evidence. Data can be stored electronically, providing backups for evidence that is destroyed or lost. But while this can help in some situations, other evidence must be examined physically to determine its value – even after it has already been examined multiple times. The validity of evidence can be challenged in court, forcing legal teams to re-analyze things like DNA samples. In the end, destroyed evidence may help or damage your case depending on the specific circumstances.

If you’ve been searching for a qualified, experienced New York criminal defense attorney, look no further than Phillip J. Murphy, Attorney at Law. With our assistance, you can strive for the best results. While lost or destroyed evidence against you can certainly help your case, you should not rely on these freak occurrences to escape criminal consequences. Instead, you can work with us to develop an effective defense strategy and mitigate any legal consequences you may be facing. Book your consultation today to get started.