What Happens If You Kidnap Someone And Hold Them For Ransom In New Jersey? 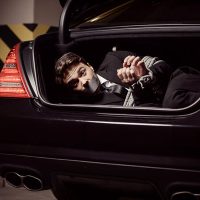 In most cases, “kidnapping” is something of a misnomer. The truth is that most kidnappers are simply parents who take their children on holidays or impromptu day trips without permission from their exes. But what happens if you commit “real” kidnapping? What happens if you hold someone at gunpoint and snatch them away from their home or workplace, later demanding hundreds of thousands of dollars from their family?

Needless to say, this is a situation that demands the attention of a qualified, experienced criminal defense attorney – and you should do everything in your power to connect with the best lawyer you can find if you face kidnapping charges. Although you might not be able to avoid criminal consequences altogether, your attorney can help you fight for your rights and mitigate any potential consequences you might be facing. You should book your consultation with a private defense attorney as soon as possible for best results.

On June 24th, the Department of Justice announced that two men had been convicted of kidnapping in a Philadelphia court. The conviction stemmed from an incident in June of 2021 that saw the two defendants approach a 17-year-old boy after he had finished his shift at a workplace in Philadelphia. The defendants then forcibly abducted the teen, holding him at gunpoint and transporting him to an apartment in New Jersey.

Once they had him confined in the apartment, they continued to hold him at gunpoint while contacting his parents. They demanded a total of $500,000 from the family, but the FBI and the Philadelphia Police Department were able to trace these calls. Two days after the boy had been taken, SWAT teams raided the apartment and successfully rescued the hostage. The defendants were also arrested at this time.

“The events of this case are every parent’s worst nightmare: someone with ill intentions forcefully taking their child. These defendants kidnapped a teenager in an effort to extort money, a crime for which they will now be appropriately penalized.”

But how much prison time will the defendants face? Although they have not yet been sentenced as of this writing, an FBI Special Agent stated that they will be off the street for “decades.”

Kidnapping for ransom is a crime of the first degree in New Jersey, which means that it comes with a sentence of between 10 and 20 years.

Skilled New Jersey criminal lawyer Phillip J. Murphy can help you today. Over the years, we have helped numerous defendants strive for the best possible results. If you are facing kidnapping charges, it is imperative that you book your consultation right away. With the right defense strategy, you might be surprised at how easy it is to escape notable consequences.