What Is The Penalty For Assaulting A Flight Attendant? 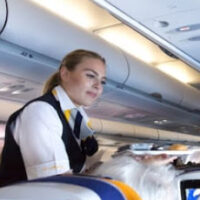 Assaults against flight attendants have become more common in recent years. As a result, the penalties for these assaults are becoming more severe. If you assault a flight attendant at a New Jersey airport (or anywhere else in the world), you may face serious criminal consequences. As of this writing, the most serious consequence you may face is a fine. But don’t let that fool you. These fines can be tens of thousands of dollars, which is enough to spell financial ruin for many people.

If you have been accused of assaulting a flight attendant, it might be a good idea to get in touch with a qualified, experienced criminal defense attorney in New Jersey. These legal professionals can help you fight for your rights in an effective manner. Although the potential consequences for these assaults can be quite serious, you can avoid many of them with the help of your attorney.

Past Examples of Airline Assaults

There have been many notable examples of flight attendants being assaulted within the last year or so. As you might have predicted, this generally stems from the stress and restrictions associated with the Covid-19 pandemic. Many assaults are due to arguments over mask mandates and other Covid-19 protocols.

In February of 2021, it was reported that a flight attendant had been punched in the face after arguing with a passenger over mask usage. This resulted in the passenger being ejected from the flight (not while it was airborne) and being fined $27,500.

In May of 2021, a flight attendant lost two teeth after being struck by a passenger. Again, the dispute stemmed from mask mandates. In 2021, the FAA announced that there had been 2,500 violent incidents over the past year, with most of them stemming from refusal to wear masks.

In light of these assaults, the FAA has adopted a much stricter “zero-tolerance” policy when it comes to attendants being assaulted. Assaulting or interfering with a flight attendant now carries a fine of up to $35,000. With that said, assaults have to be very serious in order to warrant this full amount. For example, a woman on a flight bound for New York was fined $32,000, but she had behaved terribly. Her actions included hurling an empty liquor bottle at attendants and scratching their hands.

In the future, individuals may face significant criminal penalties for assaulting flight attendants. The nation’s largest flight attendant union is calling for stricter criminal penalties for guilty parties. The problem is that the FAA often does not have the authority to pursue criminal charges, since assaults generally occur while international passengers are technically within the airspace of other nations.

For help from a skilled New Jersey criminal defense lawyer, contact Phillip J. Murphy. We have considerable experience with a wide range of criminal cases, including those involving assaults. Whenever crimes happen on a plane, matters are typically taken much more seriously. However, you shouldn’t have to face unnecessarily harsh penalties. Book your consultation today, and we can develop an effective action plan together.