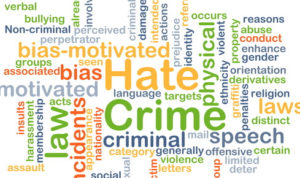 In August of this year, two Rockland County rabbis were shocked to find themselves victims of a disturbing act of violence in their Clarkstown Town homes. Living only a few houses apart, within a matter of minutes, a group of teens allegedly set off loud fireworks on the property of each of the rabbis. The fireworks caused damage to property but fortunately no one was hurt. It is unclear if the teens targeted the households because of anti-Semitic prejudice or if the act was a poorly thought out teenage prank.

The suspects have not been located yet and while the matter is not currently being investigated as a hate crime, detectives haven’t ruled it out. A hate crime charge will be added to the underlying offense and treated as a separate crime with additional penalties if prosecutors choose to treat the act as a hate crime.

Under New York law, a hate crime is defined as a criminal act involving violence, intimidation, and the destruction of property based upon bias and prejudice. A person commits a hate crime when they intentionally select a particular person or group of people because of factors including perceived race, gender, nationality, religion and disability and then commit or attempt to commit a specific offense against them. A specific offense can include a variety of acts punishable independent of the hate crime such as assault, reckless endangerment, stalking, homicide, kidnapping and many others.

Proving a hate crime can be difficult for the prosecution because they essentially must demonstrate beyond a reasonable doubt that a suspect held a bias against a victim and that the suspect also committed a criminal act against a victim because of that bias. On the other side of the coin, our post-9/11 culture is often wrought with amplified emotions including fear. Sometimes, actions can be construed as targeted against a particular class of people even though the suspect genuinely did not act with the required prejudice. In the example of the teens setting off fireworks at the homes of the rabbis, it is possible that the kids were simply acting out.

If you or a loved one is being investigated for an act that could be construed as a hate crime, it is important that you begin to build a competent defense early on. Phillip J. Murphy is one of New York’s preeminent criminal defense attorneys with 25 years of experience defending violent crimes not only in New York, but New Jersey, Connecticut and Pennsylvania as well. Please call today for a free consultation and let’s see if we can help you.