Will New Jersey Make It A Crime To Smoke Menthol Cigarettes? 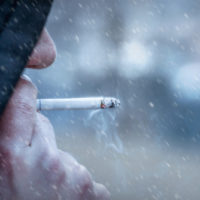 Some New Jersey lawmakers have called for a ban on the sale of menthol cigarettes, arguing that it should be illegal to buy or sell them in New Jersey because they are more dangerous and addictive in terms of additives other than just nicotine. Some experts have also noted that, years ago, menthol escaped being prohibited–while other additives were banned–due to related issues.

Most-all flavored cigarettes are already banned in New Jersey. The proposed legislation would simply add both menthol-flavored and clove cigarettes to the list of banned products.

Cigarette smoking is one of the leading causes of preventable death in the United States today. The health risks associated with the activity are frightening, and include lung cancer and related health issues, pulmonary diseases, coronary disease, emphysema, birth defects, and more.

In addition, menthol cigarettes can be especially dangerous because they are associated with increased rates of smoking in general due to their cooling, desensitizing, pro-analgesic effects, which reportedly dull the effects of tobacco. Smokers inhale more frequently, more deeply, and hold the smoke in longer, increasing overall exposure to the chemicals found in tobacco. Studies have also found that individuals who smoke menthol cigarettes are more likely to have increased cravings for cigarettes in general and less success with trying to quit smoking in general.

According to some experts, flavors and cooling agents like these promote cancer and marketing for menthol-cigarettes in particular have disproportionately targeted black and low-income communities via very specific marketing campaigns. According to studies, black men and women are currently more likely to develop and die from lung cancer, and more than 70 percent of black smokers in the U.S. smoke menthol cigarettes. In New Jersey alone, that number is 80 percent.

In 2008, New Jersey banned the sale of flavored cigarettes out of concern that they were incentivizing young people to get involved in smoking in general. However, the ban contained an exemption for both cloves and menthol cigarettes. In 2009, Congress banned flavored cigarettes, a ban that included clove cigarettes, but not menthols.

The newly proposed ban on menthols specifically states that no one can sell, offer for sale, or distribute for commercial purposes a cigarette that contains a natural or artificial constituent or additive that causes the cigarette or its smoke to have a characterizing flavor other than tobacco.

Anyone who violates the existing ban on flavored cigarettes is liable to pay a civil penalty of no less than $250 for the first violation, $500 for the second violation, and $1,000 for the third and each subsequent violation. Any retailer can also have their license suspended or revoked by the Division of Taxation in the Department of Treasury (following a hearing with your attorney).

If you have been accused of New Jersey’s ban on flavored cigarettes, speak with our experienced criminal defense attorneys at the office of Phillip J. Murphy today to find out how we can help. We serve clients in and around Bergen County.