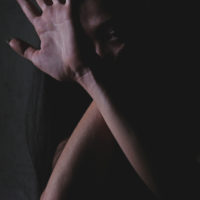 The trial against the Yale student accused of rape has been in the headlines of late, especially when the jury returned a verdict of not guilty on March 7th, after less than three hours of deliberations. The message received from the trial was loud and clear: prosecuting sex crimes in a court of law is very different from within a campus panel.

At the heart of the trial was the issue of consent, and whether it could have been given by the complainant to the defendant, Saifullah Khan, in 2015 when the incident occurred.

The case ultimately came to trial in a criminal court because it was reported to the police outside of the university. Had it come before Yale’s internal panel, it might have gone differently, as the university’s Committee on Sexual Misconduct uses a “preponderance of the evidence” standard in determining responsibility, where the notion of consent only exists “where yes means yes.”

The jurors in the case ultimately applied a different standard of what it meant to demonstrate consent. Specifically, they reportedly looked for whether there was enough evidence to show that there could not possibly have been consent—a much higher burden to meet in order to convict the defendant. The defendant’s attorneys also rigorously questioned the complainant about texts that she sent to the defendant the morning after the alleged assault. According to one jury member, this was less persuasive than the security camera footage, which showed the complainant and defendant walking back to her dorm room, allegedly without the signs claimed by the complainant that she was so drunk that she was unable to support herself.

The divide between the standards is indicative of a larger pattern, whereby there are likely many types of violence that would be condemned on a university campus, but for which a prosecutor might have difficulty getting a jury to convict a defendant on.

In addition, polls conducted by the Kaiser Family Foundation and The Washington Post demonstrate that even college students disagree as to what consent means amongst themselves. Specifically, 47 percent said that someone undressing themselves signaled an agreement to sexual activity, while 49 percent indicated that it did not.

If you or someone you know has been charged with a sexual offense, you need to work with an experienced criminal defense attorney to ensure that your rights are protected. These charges are complex, and they can have a permanent effect on your life.

Contact New York and New Jersey criminal defense attorney Phillip J. Murphy today to find out about our more than 25 years of protecting those accused of crimes.