Can I Insult a Police Officer in New Jersey? 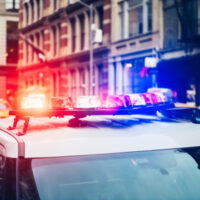 When many people encounter the police, they inherently act in a respectful, almost subservient manner. It’s important to remember that police officers are human beings just like the rest of us. They perform an important duty, and they often face all kinds of abuse and nonsense on a daily basis. That being said, police officers are not placed above other people in the eyes of the law, where everyone should always be seen as equal.

If you have been arrested for insulting a police officer in New Jersey, you might have been charged with obstruction of a police officer or disorderly conduct. These are serious offenses, and it’s important that you enlist the help of a qualified, experienced attorney who can fight for your rights in court. The good news is that with the right legal assistance, you can make a strong case for your innocence under the First Amendment.

Back in 1929, a lawyer named Frank Ruthenbeck lost his cool after walking into police headquarters in Bergen County. Due to a dispute that happened in one of his cases, he said to a police officer: “You big muttonhead, do you think you are a czar around here?” A czar is of course a Russian monarch, and the implication of this insult was that this officer was overstepping his authority.

Ruthenbeck was then charged with disorderly conduct, and he was convicted. However, the New Jersey Supreme Court later threw out his conviction, stating that it was not enough for “the dignity of the clerk” to be “ruffled.” The Supreme Court also stated that if we were to classify every “trivial epithet” made to a police officer as disorderly conduct, things would quickly become ridiculous.

This situation shows that merely insulting a police officer is usually not enough to be convicted of a crime. Although you may be charged or even convicted, you stand a good chance of having the conviction thrown out if you fight for your rights, as Frank Ruthenbeck did.

Were Your Words Inciting or Threatening?

The general rule is that you cannot threaten or incite violence against a police officer. If your insults include a threat like “I’m going to kill you,” or “Let’s all rush him,” you will be treated with much less leniency by New Jersey Court. These so-called “fighting words” go beyond the bounds of simple insults and encroach upon actual violence.

If you need help with your case, skilled New Jersey criminal defense attorney Phillip J. Murphy can help. Reach out today, and we can help you fight for your right to free speech.