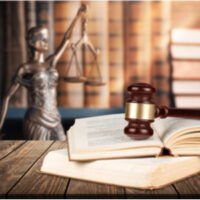 After enacting sweeping reforms when it comes to monetary bail in 2019, in response to backlash from some law enforcement and prosecutorial special interest groups, the New York legislature once again enacted sweeping reforms this year, resulting in changes to the bail statute that went into effect on July 2.  Below, we discuss some of the most significant changes and what effect they will have on defendants. Specifically, by making a number of new offenses bail-eligible, opening the door to judges establishing non-monetary conditions as conditional for release, and adjusting what is required of the court in terms of notifying defendants of their next scheduled appearance, the amendment makes some notable changes that will inevitably result in defendants spending more time in jail;  already a significant concern during COVID-19.

New Offenses or Actions That Are Bail-Eligible

The amendment adds the following offenses or actions that qualify as bail-eligible:

In addition, defendants charged with qualifying offenses that are felonies are subject to bail or remand and, even if an offense is not bail-eligible, and once that a defendant pleads to or is found guilty of an offense, the court can set bail before their sentencing date. The amendment also expands the number of offenses that allow for judges to set monetary bail, including Burglary in the Second Degree, which now becomes a qualifying offense when a defendant enters a “living area” of a “dwelling” without defining what constitutes “living area.” However, the courts have already held that any burglaries committed in non-residential areas of buildings that are used in part for residential purposes should not be considered “dwellings.”

Perhaps most importantly, courts now have the authority to set bail, establish non-monetary conditions for release, or outright release a defendant when they are convicted of a non-qualifying offense.

The legislature also expanded the number of non-monetary conditions judges can impose as conditional to releasing defendants (Note that, while the following were provided as examples, the court also made it clear that judges are not limited to these examples), such as defendants:

However, the amendment also makes it clear that defendants are not responsible for the financial costs of imposing these conditions, such as electronic monitoring, and when electronic monitoring, specifically, has been authorized as a condition of release, counties and municipalities can contract with companies to supply the devices only if the government employees are the ones to interact with defendants to conduct the monitoring and not the company and their employees.

Notice & Failing to Appear in Court

Changes made by the amendment to notice requirements concerning future appearances are notable, and include the following:

Finally, the amendment clarifies that while a Desk Appearance Ticket must be returnable no later than 20 days after it is issued, this can be extended to the “next scheduled [court] session” if it is not within 20 days of when it is issued.

If You Have Been Arrested In New York, Contact Our Criminal Defense Attorneys

New York criminal defense attorney Phillip J. Murphy is prepared to provide you with the very best in legal advice and representation in order to ensure that your rights are protected. If you or a loved one is facing charges, contact our office today to find out how we can help.