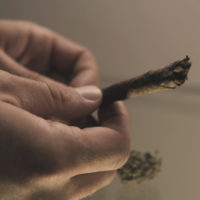 A number of important developments concerning criminal defense, justice, and penalties occurred in New Jersey this month (August), as we discuss in detail below:

On August 9, a number of governors and state attorneys met with President Trump in New Jersey to discuss prison reform at the federal and state levels. Specifically, the leaders discussed efforts to reduce criminal recidivism and broaden general criminal justice reform. Meanwhile, the House has passed a bill to make some of these changes; however, it has been stalled in the Senate, as U.S. leaders debate over lowering mandatory minimum sentencing for some felony nonviolent drug offenders. Any compromise would need to involve a mix of sentencing reductions that both parties could live with.

Report on Drugged Driving In New Jersey Could Carry Consequences

Meanwhile, according to a new analysis from AAA Northeast, fatal crashes resulting from drugged driving has increased significantly in New Jersey over the past decade; specifically, crashes where the use of cannabinoids and narcotics were detected in fatally injured drivers. The results of the report arguably send a strong message to law enforcement in New Jersey; namely that, in order to prevent fatal crashes, the state may need to look towards increasing crackdown on and penalties for drugged driving.

Being convicted of a crime in New Jersey carries with it stiff penalties, as well as a number of consequences because of having a criminal record, and even potential civil liability if your criminal behavior ends up injuring or killing someone else. New Jersey criminal defense attorney Phillip J. Murphy has been representing clients accused of crimes in New Jersey for more than 25 years; contact our office today to find out more.