Is Adultery a Crime in New York? 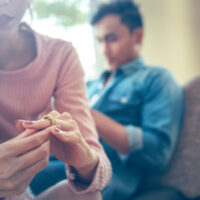 Crimes often happen in the heat of the moment, when strong emotions overcome our more rational sensibilities. Love can lead to many crimes, as this strong emotion can cause people to do things they never would have considered previously. Theft, assault, and even murder are all examples of crimes people commit for love. But what about adultery? Is this really a crime in the state of New York? If so, then what kind of punishment might an adulterer face?

These are all important questions, especially if you’re facing accusations of adultery yourself. In order to approach this somewhat confusing aspect of New York’s laws in the most efficient way possible, you should enlist the help of a qualified criminal defense attorney. Not only can these legal experts explain the situation in a clear, concise manner, but they can also help you prove your innocence.

The Legal Definition of Adultery in New York

If you are found guilty of a class B misdemeanor in New York, you face a maximum prison sentence of three months. In addition, you may face a fine of up to $500.

Being Convicted of Adultery is Incredibly Rare in New York

Although adultery is technically a crime in New York, it is exceedingly rare for anyone to be convicted. In fact, only a handful of people have been charged with adultery since 1972. Out of about a dozen individuals, only five were ever convicted. Of those five, virtually every individual had committed another crime, with adultery being added as a secondary charge to highlight the seriousness of the first offense.

So why is it so rare for people to be convicted of adultery? Part of the reason has to do with common sense. After all, we are not living in the 1800s anymore, and people have much more modern views on marriage and infidelity today. In addition, you cannot be prosecuted based on a participants’ testimony. In other words, you can’t simply accuse your partner of being adulterous in order for them to get hauled off to jail. There must be some form of external evidence at play.

A Key Example of Adultery

One of the most recent examples of an adultery charge occurred in 2010. The defendant was charged with the crime after being discovered committing a lewd act with her lover in a public park. The fact that she was exposing herself to small children in a nearby playground was probably the main reason she was charged with adultery. If she had been committing this act in a private place, she probably wouldn’t have faced any criminal charges.

If you have been accused of adultery, it’s very important that you enlist the help of a qualified, experienced criminal defense attorney as soon as possible. Although it might seem ridiculous that adultery is still classified as a crime in the Empire State, criminal charges are no laughing matter. Don’t hesitate to contact New York criminal defense attorney Phillip J. Murphy for help with your case today.