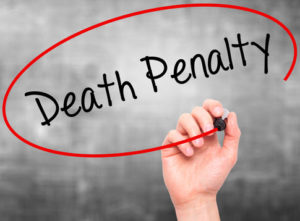 A bill was introduced the week of November 23rd seeking to restore the death penalty for serious crimes committed in the state of New Jersey, nine years after it was officially banned. New Jersey was the first state to abolish the death penalty in 42 years, replacing capital punishment with life in prison without the option of parole, when it was signed into law in 2007. Not only was the death penalty rarely used in New Jersey, but it also saved the state money, as the cost of keeping inmates on death row was more than keeping them in prison.

The new bill would apply the death penalty in what has been labeled “extreme” crimes, such as:

One of the sponsors—state Senator Jeff Van Drew—indicated that it would need to be used very sparingly, for example, only when there is a confession or DNA evidence present. However, as we have previously described, there are serious criminal justice issues associated with confessions, given the leeway prosecutors have in obtaining them.

Other measures taken over the last nine years to reinstate the death penalty in New Jersey have failed, indicating that this new bill will not likely be able to pass the state legislature (and then be signed into law by the governor).

If you have been charged with a serious and/or violent crime, it is imperative that you speak with an experienced criminal defense attorney immediately. Your rights are affected by state law, which is changing.

Attorney Phillip J. Murphy has been practicing criminal defense law—serving communities in New Jersey and New York—for over 25 years. Contact our office today for a free consultation, and we’ll get started ensuring that your rights are protected and that you aren’t the victim of cruel and unusual punishment.