New Jersey Could Make It Illegal to Fly Drones While Intoxicated 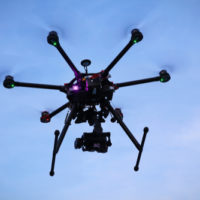 We’ve written about police use of drones before, and whether that could affect your privacy rights. Many are also concerned that drones can cause serious damage to both people and property—one person even referred to them as “flying blenders.”

As a result, there appears to be some momentum by New Jersey lawmakers to introduce a bill that could land private drone-flyers in jail. Specifically, the proposal would make it illegal to fly a drone while drunk and/or otherwise under the influence in the state of New Jersey.

The Federal Aviation Administration (FAA) already has some rules and regulations in place for drones (also referred to as “unmanned aircraft systems”). These regulations depend upon whether you are using the drone for personal/recreational use, or for business/commercial use (such as to take and sell photographs). For example, recreational users must:

However, most of these safety guidelines do not carry corresponding penalties for violations. This is where the state of New Jersey comes in with the newly proposed legislation.

The proposed legislation makes it illegal to fly a drone while intoxicated, as well as over a prison and/or in pursuit of wildlife, and lawmakers are expected to vote on it during the second week of January. The law would fall under New Jersey’s “disorderly persons offense” (i.e. it would not constitute a felony), and would allow anyone found flying a drone under the influence to be cited with a $1,000 fine, as well as  potentially serve up to six months in jail.

Many other states are also considering placing restrictions like these on drones in their coming legislative sessions; however, the “drunk driving drone” law in New Jersey would be the first of its kind. However, some are concerned that local ordinances already governing drone usage could not only lead to confusion for drone operators, but inconsistent enforcement of associated prosecutions.

It is the job of criminal defense attorneys like us to understand new laws and how they affect your rights, as well as whether you are being unfairly targeted by law enforcement; particularly where the laws may conflict with each other. At the office of Phillip J. Murphy, serving clients throughout New Jersey is our job; contact us today for a free consultation.