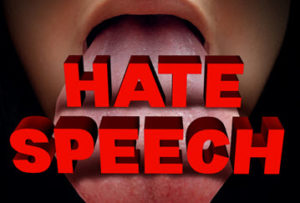 This election season has been a heated one, with bizarre incidents of people finding hate speech written on walls of schools, churches, and, in many instances, all over social media sites. For example, it was reported that mosques all over the country received thousands of handwritten letters threatening Muslims over the Thanksgiving holiday alone.

As a result, law enforcement agencies are now trying to get ahead of confrontational situations by launching task forces to investigate hate allegations. Specifically, they have been sending undercover officers into neighborhoods to see if the officers become victims of hate crimes and monitoring social media comments that could rise to the level of being a criminal threat, a hate crime, and/or incitement.

Figuring out the boundaries in these types of crimes, however, can be difficult, especially when you consider that we also enjoy free speech rights and there could also be concerns involving entrapment (under some circumstances).

The Difference between a Hate Crime and Free Speech

Experts indicate that hate crimes, in general, are underreported, sometimes due to fear that reporting the issue to law enforcement could cause problems to the victim of the crime. Yet in analyzing reports of hate crimes, it is also important to note that there is a difference between an actual hate crime, which is unprotected, and free speech, which is protected under the 1st Amendment, but still might be considered hurtful to someone. Hate crimes typically involve the illegal activity of physically harming someone based on their race, national origin, religion, gender, sexual orientation, or another characteristic.

While some of these hate crime campaigns are meant to help those who feel targeted start to feel safer, it can also unfortunately have the effect of making others nervous about what they can and cannot say in terms of their political views.  This could be because some law enforcement agencies are now actively encouraging people to report what might not technically be a prosecutable hate crime— but could still be considered bigoted behavior—just in case that behavior turns into something more serious. In other words, police are now tracking all racist and bigoted behavior, in general, and this opens up the field of criminal justice to value judgments and human error. What can sometimes unfortunately result from this is an abuse by the police, who could end up charging citizens for activities that are protected, or even (arguably) unlawfully coercing them into engaging in an unlawful activity.

If you or someone you know is being investigated for what could be termed a hate crime, criminal threat, or incitement, it is crucial that you consult an experienced criminal defense attorney right away. You want to ensure that you do not say, write, or do anything that could be incriminating, and that your rights are protected if you’ve been targeted. Your attorney will help ensure that your rights are protected by the law.

Phillip J. Murphy, attorney at law, has been protecting the rights of those accused of crimes for over 25 years. Well-versed in issues involving a distinction between hate crimes and free speech, as well as entrapment, he has the experience necessary to ensure that you are protected. Contact us today to schedule a free consultation and learn more about our services.