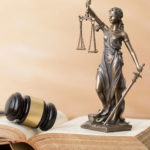 Historically, public urination in New York resulted in a criminal summons. However, the New York City Council recently decided that such activity should draw a civil ticket rather than involve prosecuting people. In doing so, the council also downgraded similar activities, such as public drunkenness, instead mandating that offenders attend an administrative hearing versus… Read More »