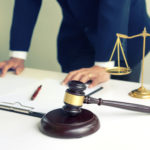 Access to all information relevant to a criminal case is a crucial aspect of building an effective defense and in ensuring that our criminal justice system honors a defendant’s constitutional rights. And yet, this is a serious issue when it comes to crucial information on social media sites, as they typically readily hand over… Read More »

From Detained to Deported: Small Charges and Their Consequences

Plea deals are one of those rare terms that most people hear from Law and Order and they generally understand. Most individuals, if faced with a charge, take a plea deal for the benefits put forth under the deal. There is no great way to define the benefits granted under a plea since they… Read More »

Disorderly conduct is considered a violation in the state of New York, not a crime. A violation is an offense, other than a traffic violation, for which a summons is issued. In most instances of disorderly conduct, those cited are more upset or concerned as to whether the facts and circumstances of their case… Read More »

The Defense of Entrapment